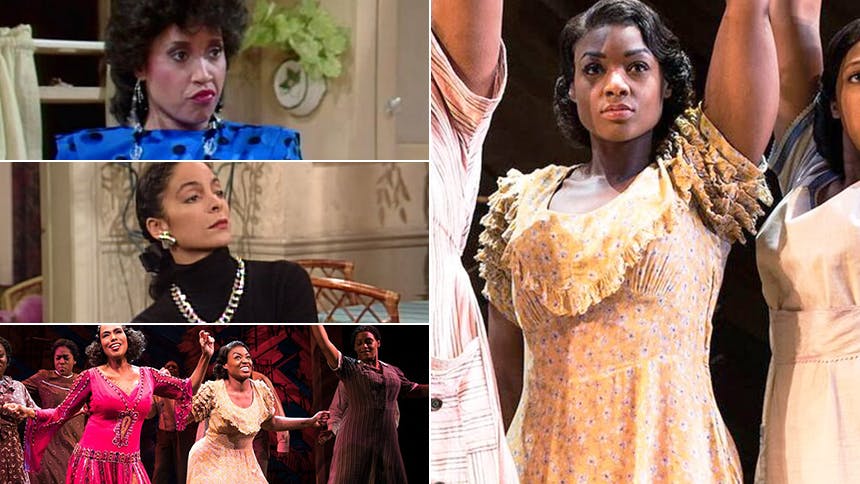 ), one thing is clear: Patrice Covington is a star. Covington makes her Broadway debut as the oh-so-quotable Squeak, Harpo's girlfriend who goes from juke joint waitress to aspiring singer.

Covington is a true scene-stealer. First, she knocks you back in your seat during the opening number with her vocals (the clip below beginning at 1:43), then she keeps you smiling the whole show with her sharp character voice, big smile, and joyful attitude. Her fight with Sofia at Harpo's Juke Joint is a highlight of the first act.


BroadwayBox caught up with Covington to talk with her about her inspirations creating this memorable featured character and why she's unlike any Squeak that came before.

As far as finding my Squeak—and I say “my Squeak” because historically this show has only been done with women who look nothing like me. In fact, when I was cast in the role, I couldn’t believe it. I’m not fair-skinned or petite; I’m very curvy—voluptuous some might say—and I’m brown skinned, and so I knew from then on I needed to make her my very own. I felt like I had free range because I wasn’t ever what it was before, as far as physical appearance.

So the first character that came to mind for me was Sandra Clark, played by Jackée Harry on 227. She has a strange voice, not squeaky, but it’s a character voice for sure. And she’s always wearing pretty tight clothing so her walk is very specific—very sexy but classy at the same time.

Honestly, the Squeak voice just grew on me. It is very placed in the very front of my nasal area—as front as it could be. I have to make sure I breathe properly. I take deep breaths before I do it because it’s very, very supported. That way I can soar. The deeper the breath, the squeaker I can be. Like when I hold the word Harpo forever. And if I crack, I crack. I let her do whatever she wants. Sometimes when she’s so upset during “Uh-Oh”, she’s not squeaking, she’s got a deep voice. It’s like the squeak isn’t her natural voice. She’s putting it on. So when she gets upset, it goes down low. The squeak and the walk is what she thinks men would find attractive.

Because I’m not what it has been before. I have to let go of all inhibitions. She doesn’t care. She thinks she’s completely cute and beautiful. She’s ok with her entire body, and she shakes it. There’s no worries And that dress—she loves that dress. She can’t keep her hands off it. She’s a flirt. She flirts with everybody. She just wants to be in the mix. I love the fact that I’m Squeak and I have this body as Squeak. It has to be encouraging other people as well because cute and sexy isn’t just little and petite. Our story is about women empowerment. Everyone on that stage is beautiful—we have so many shapes, sizes, and complexions. I love that about us. It’s given me a confidence to take outside. Because of The Color Purple, I’ve definitely become more comfortable just being me.

You only have until January 8 to see Patrice Covington in The Color Purple at Broadway's Jacobs Theatre.