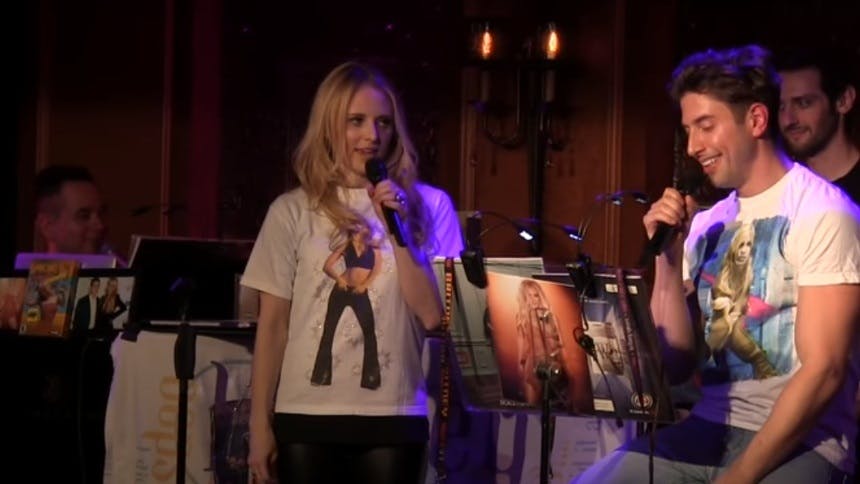 
Ulterior Motives: Miss Britney Jean Spears has been in the headlines recently due to the eye-opening episode six "Framing Britney Spears" on FX's series The New York Times Presents. Another noteworthy anniversary also occurred yesterday, the 19th anniversary of the film release of Britney's 2002 movie (written by Shonda Rhimes!) Crossroads aka when we all started singing "I Love Rock 'n Roll" at karaoke. Leave it to Britney fans Nick, Hayley and Ben who back in 2018 performed in Broadway Loves Britney: Nick, Ben, Hayley, One More Time at Feinstein's/54 Below. Why not do a script reading in the middle of the concert? Brilliant.

Ultimate 🙌 🙌 moment: We had to watch this twice to catch all of the nuances of Hayley's amazing spot on impersonation of Britney. How can we forget that iconic moment in the film when Lucy and Ben are sitting at the ivory piano "working through" Britney's "I'm Not A Girl, Not Yet A Woman." We are also living for Nick at 0:40 at his cool confidence on "I made you something!" This clip is amazing. Though Hayley's impression is perfect our favorite moment is at 1:25-1:29 when Hayley can't help but giggle at Nick's earnest piano playing on the music stand. This song is going to be stuck in our head all day and honestly, we're not mad about it!