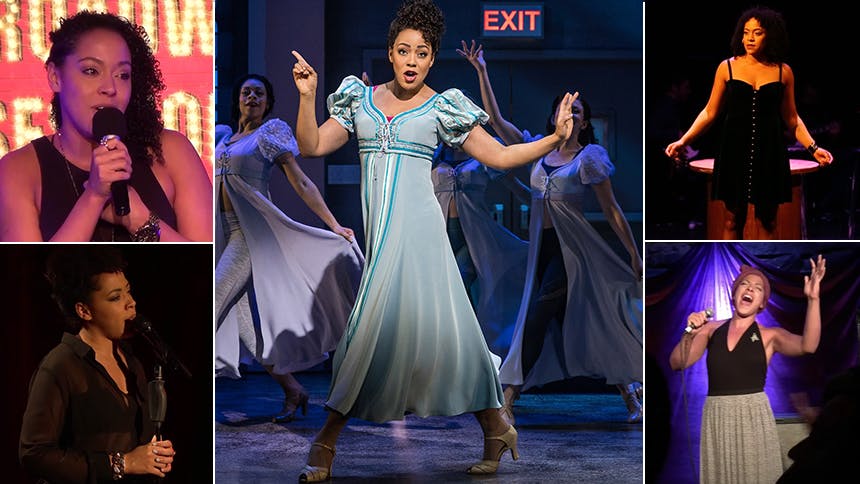 . Cooper received for a 2019 Tony Award nomination (her first!) for her portrayal of Julie Nichols, a New York theatre actress leading the musical within the musical and Dorothy Michael’s best friend and love interest. Her performances of the songs “I’m Alive”, “There Was John” and Gone, Gone, Gone” are total highlights of the rich David Yazbek score.

Her success in Tootsie comes as no surprise to the Broadway fans following Cooper’s career since her debut as Martha in the Tony-winning musical Spring Awakening. In the years since, we’ve seen her star as Elphaba in Wicked, Sandy Cheeks in SpongeBob, Helene in Natasha, Pierre, & The Great Comet of 1812, Lucy Brown in The Three Penny Opera, and Susan in tick,tick…BOOM!.


Scroll on as BroadwayBox shares a dozen of our all-time favorite videos of Lilli Cooper and her one-of-a-kind voice.

“The Dark I Know Well” from Spring Awakening


Ultimate 🙌 🙌 moment: The original Spring duet between Lilli and Lauren Pritchard is preserved in video, and for that we give perpetual praise.

“The Wizard and I” from Wicked


Ultimate 🙌 🙌 moment: Lilli starred as Elphaba in Australia and on the American tour and was a standby Elphie in the Broadway company, so it’s a treat just to hear her full “Wizard and I” performance, especially when she goes from 3:30-4:12.

“Feed Me (Git It)” from Little Shop of Horrors


Ultimate 🙌 🙌 moment: Lilli and Amy Jo Jackson put a female spin on Seymour and Audrey II’s showstopper, and it’s EVERYTHING. If you are not a complete stan after “I can grow up big and strong” at 1:37, then you don’t even deserve the section starting at 4:20.


Ultimate 🙌 🙌 moment: It’s “I’m Here”—the whole thing is a 🙌 moment starting 13 seconds in and just continuing straight through from there. She is fierce AF here.

“Come to Your Senses” from tick, tick…BOOM!


Ultimate 🙌 🙌 moment: Lucky for us, BroadwayBox recorded Lilli’s performance of the Jonathan Larson showstopper “Come to Your Senses” when she replaced into the off-Broadway revival of tick, tick…BOOM! When the jacket comes off, she means business. Then she soars at 3:14.


Ultimate 🙌 🙌 moment: This kicks off a section called Lilli does pop. Her voice is perfectly suited for it and she just wails on this stuff. Case in point: 2:45-2:58.


Ultimate 🙌 🙌 moment: Lilli turns this Lady Gaga song from her Joanne album into a proper turn up song. She had me hooked 53 seconds in with that killer “which one you’ll never tell”, and then that ending happened! You are going to want to dance along to this one.


Ultimate 🙌 🙌 moment: She lets you know from the jump, this is not the played-out version we all know and love. Lilli reinvents the song and it’s like hearing it anew.


Ultimate 🙌 🙌 moment: Two insane voices come together on this classic Heart song, and it’s everything you can want and more. Spring alum Emma Hunton kicks off the song and Lilli comes in at 1:40, but she takes it to the next level beginning at 2:20. Then they come together at 2:57 for some quality belting.

“Mine” by Taylor Swift


Ultimate 🙌 🙌 moment: More than just a sick voice, here Lilli reminds us she can act a song like no one’s business as well.


Ultimate 🙌 🙌 moment: Ursula is always iconique, and in Lilli’s hands it’s next level. It sounds so rich in her voice and the performance is top-notch, even with the minor line flubs. She is living in this role.

“Don’t Worry Be Happy/What’s Up” Mashup


Ultimate 🙌 🙌 moment: If Lilli Cooper re-recorded and released 4 Non Blondes’ “What’s Up”, I would download it yesterday. It starts at 2:12 and it’s epic. Then she ends with Bob Marley’s “Three Little Birds” and “On the Sunny Side of the Street”. This was a Skivvies mash-up for the ages.