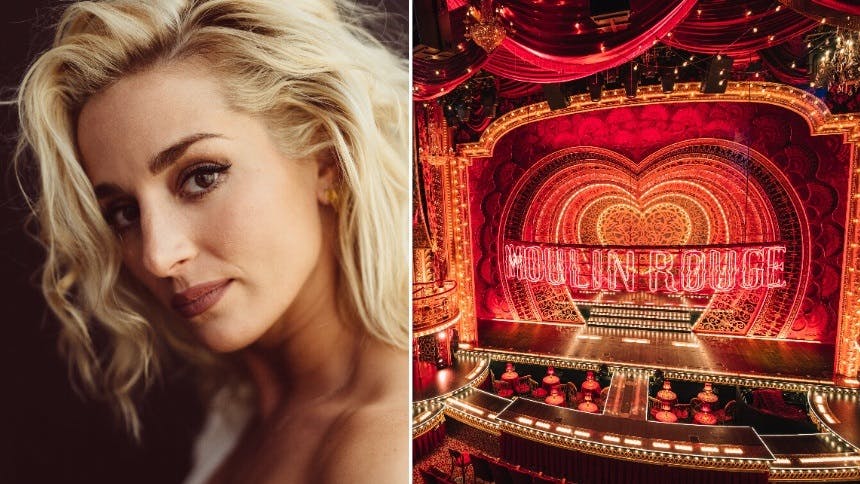 Cassie, Roxie AND Velma and next up - Nini! Starting February 22, 2022, Broadway triple threat Jessica Lee Goldyn adds another legendary dancing musical theatre role to her resume joining the divine cast of Broadway's Moulin Rouge! in the role of Nini. The musical's role was originated by another Tony Award nominated triple threat - the phenomenal Robyn Hurder.

The high-kicking role of Nini allows the performer stepping into her high heeled boots to truly mesmerize the audience with dance number after dance number. We would name the song titles but we don't want to give that wow factor away! No doubt Goldyn, who has appeared on Broadway in the A Chorus Line revival originally as Val concluding as Cassie and the ensembles of Finding Neverland, Tuck Everlasting and Hello, Dolly!, will be a wonderful talent joining a cast which most recently welcomed Eric Anderson as the new Harold Zigler (succeeding Tony Award winner Danny Burstein).

Kick up your heels and push play immediately on these seven outstanding clips of Jessica Lee Goldyn pirouetting, kicking, and dazzling audiences before catching her in Broadway's Moulin Rouge! in a month or so!


"The Music and the Mirror" from A Chorus Line


"If My Friends Could See Me Now" from Sweet Charity


"All That Jazz" from Chicago