Got To Be Startin' Somethin'! Meet MJ The Musical's Myles Frost in Musical's Docuseries 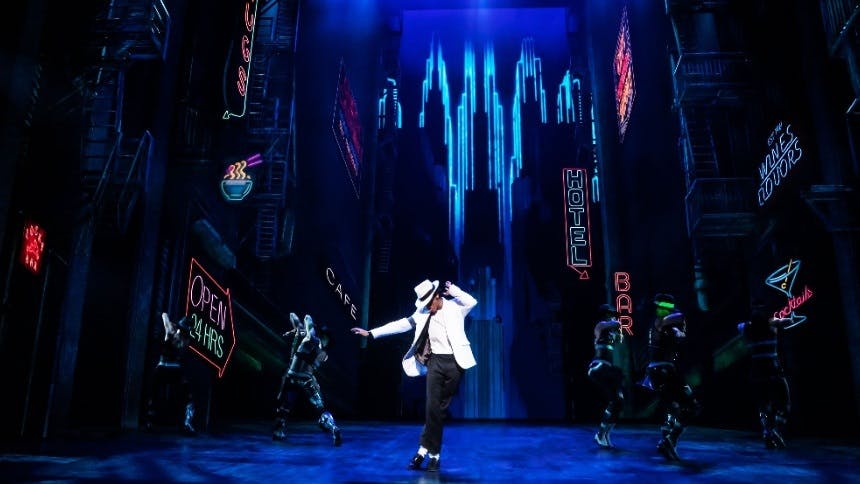 At Broadway's Neil Simon Theater, the brand new show MJ the Musical written by two time Pulitzer Prize winner Lynn Nottage with direction and choreography by Tony Award winner Christopher Wheeldon is in previews. Making his Broadway debut moonwalking across the stage is newcomer Myles Frost. Take a peek of Myles taking his first Broadway bow as he transformed into the King of Pop.


We were bopping around on the musical's YouTube page and found a wonderful three part documentary detailing the show, introducing the cast and creatives while giving viewers a preview of the musical featuring songs from the hitmakers song catalog including "Don't Stop 'Til You Get Enough", "Bad", "Black or White" ultimately over 25 of Michael Jackson's music hits.

Check out the docuseries below and don't miss MJ the Musical now playing at Broadway's Neil Simon Theatre.


Get to know Myles Frost as told by his loving family and mentors. The stories they share are amazing of his growing up and doing shows in school. Myles is also a marvelous piano player! His grandmother is so sweet and recognized Myles' talent at a young age.


This episode is special because we are introduced to brothers Rich and Tone Talauega in charge of the Michael Jackson movement for the production. The Talauega Brothers had worked with Michael since 1995 and are experts in his movement vocabulary. We loved when they showed Myles' three weeks in a Los Angeles rehearsal studio training with Rich and Tone. We loved when they got to the moonwalk two minutes in and Tone says "you know what this is." We all do!


This video showcases the phenomenal award-winning creative team mentioned Nottage, Wheeldon as well as the men guiding the iconic music for the production David Holcenberg and Jason Michael Webb. The team sings Myles' praises and his vocal similarity to Michael. Viewers will meet actors Ayana George, Quentin Earl Darrington and Whitney Bashor who also star in the musical. Watch as the creative team details the plot of the show how Michael would create a song, a dance or in this case - a concert tour.