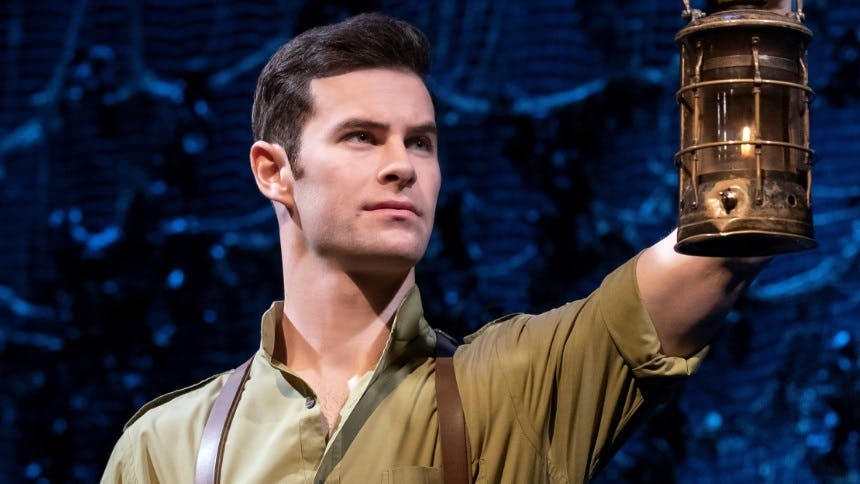 There is an absolutely swankified new Wicked prince in town dancing through life at the Gershwin, Mr. Sam Gravitte, and he is our new super-talented Broadway crush.

We are spotlighting Sam this month because we cannot wait for the actor/musician/writer's upcoming solo concert debut at New York City's famed Birdland Jazz Club on Monday March 7th at 7pm Songs That Raised Me. Sam was raised by his talented actor parents Debbie (Jerome Robbins Broadway!) and Beau Gravitte (The Light in the Piazza). You might have seen Sam in the national tour of Wicked, Joseph and the Amazing Technicolor Dreamcoat at ACT or in the original cast of Almost Famous at the Old Globe.

Enjoy seven clips of Sam performing tunes from as he says, the family business and don't miss Sam in Wicked and his solo debut Songs That Raised Me Monday March 7th at 7pm.


"As Long As You're Mine" from Wicked


"On The Steps Of The Palace" from Into The Woods


"If I Didn't Believe In You" from The Last Five Years


"Butter Outta Cream" from Catch Me If You Can


"I Wanna Be A Producer" from The Producers


"Part Of Your World" from The Little Mermaid