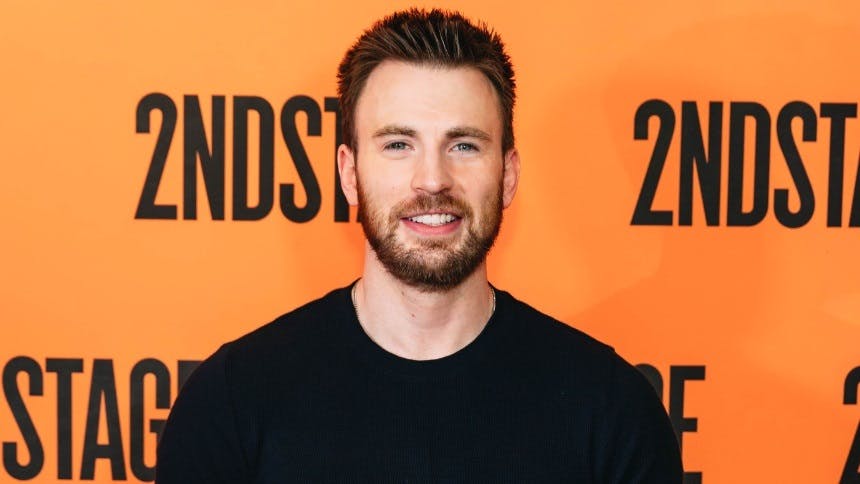 
Ulterior Motives: The mere idea of the marvelous Marvel megastar Chris Evans donning Gene Kelly's dancing shoes for an upcoming picture puts a pep in our step. Deadline and Variety among a number of news outlets reported yesterday the upcoming possibility of Evans being in talks to star in an original film in which he would portray the Golden Age movie musical star Gene Kelly. Of course there's a Broadway tie-in! While Chris made his Broadway debut in Lobby Hero in 2018, the project is potentially set to be produced by Tony Award winner John Logan who wrote the Tony winning Best Play winner Red and crafted the book for Moulin Rouge! The Musical. Logan was also a producer on Natasha, Pierre & The Great Comet of 1812.

The million dollar question - can Chris Evans tap dance like Mr. Kelly did in puddles, on desks, with animated mice, in Paris? Yes. Yes he can. And we found proof, thanks Internet! Evans can do a mean softshoe! Just the idea of this film potentially happening is amazing. Honestly, we were still recovering from the news of fellow superhero star Tom Holland was going to be portraying Fred Astaire in an upcoming biopic. And yes, Holland can absolutely tap dance too.

Ultimate 🙌 🙌 moment: The opening clip is from the 2014 film Playing It Cool. We get a glimpse of Evans dancing in the film but it's on his ellen appearance three years later in 2017 where it's center stage! It's a short and sweet clip but check out those clean taps at 0:43!