Hot Clip of the Day: Nick Blaemire and Van Hughes Sing From Their Show Space Dogs 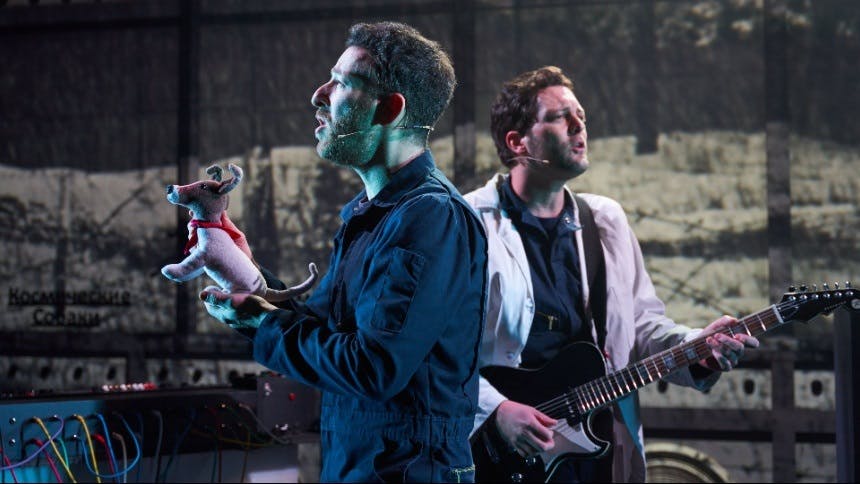 Ulterior Motives: MCC Theater's current Off-Broadway musical, Space Dogs opens Sunday AND recently announced a one week extension through March 13, 2022! The original musical written by Broadway's Nick Blaemire and Van Hughes tells the TRUE story of a stray dog named Laika and the top-secret Russian scientist, the Chief Designer, who sent her to space. Yes, dogs in space! Just like the musical's title says. The actor/musicians recently released this music video of one of the show's tunes. Audiences can also find the show's original cast album available on Ghostlight Records.

Ultimate 🙌 🙌 moment: The sweet clips of the adorable pups in this video. Come on! Please listen to all of the lyrics because they are super clever "astronauts" and "connecting all the dots" for example. We love the moment at 2:13 between Van and Nick. So funny and then 2:37 with the pins? Press play!