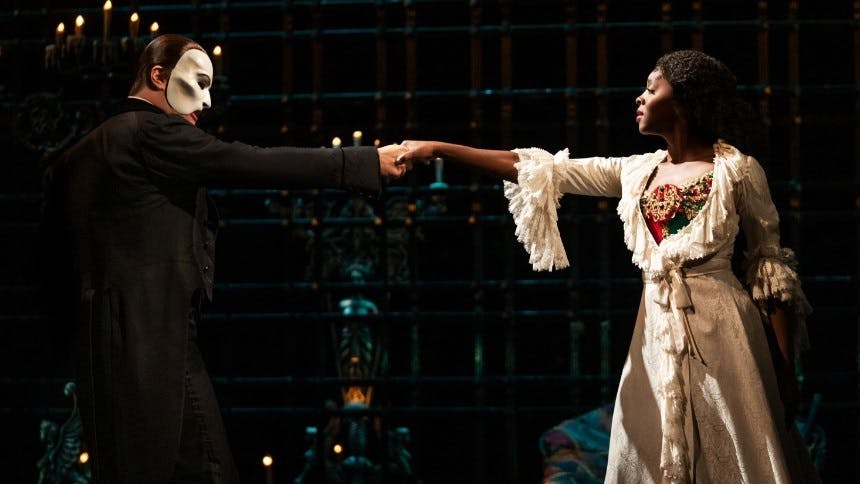 Three decades and four years ago tonight, the iconic Broadway musical The Phantom of the Opera flew their chandelier to the sky for the first time at the Majestic Theatre on West 44th Street.

Tonight January 26, 2022, Andrew Lloyd Webber's musical celebrates their 34th opening night anniversary. In the role of the luminous Christine, making her Broadway debut and history at the same time, is the glorious Emilie Kouatchou. Emilie is a recent graduate of the University of Michigan Musical Theatre program. When The Phantom of the Opera reopened, Emilie joined the company as the Christine alternate and making her name in the musical's history as the first black actress to portray the legendary role.

Tonight on the show's anniversary, Emilie assumes the role opposite Ben Crawford as The Phantom and John Riddle as Raoul. Have a peek at this incredible new footage of the current Broadway cast!


We are amazed at Emilie's stunning soprano! Enjoy these clips of this Broadway leading lady and check out an interview she recently did for The Broadway Show explaining her longtime dream of becoming Christine.


"Summertime" from Porgy and Bess


"Supper Time" from As Thousands Cheer