"We've Got Annie!" Wisdom, Work Ethic, and All That Jazz Shared In New Doc The Joy Is In The Work 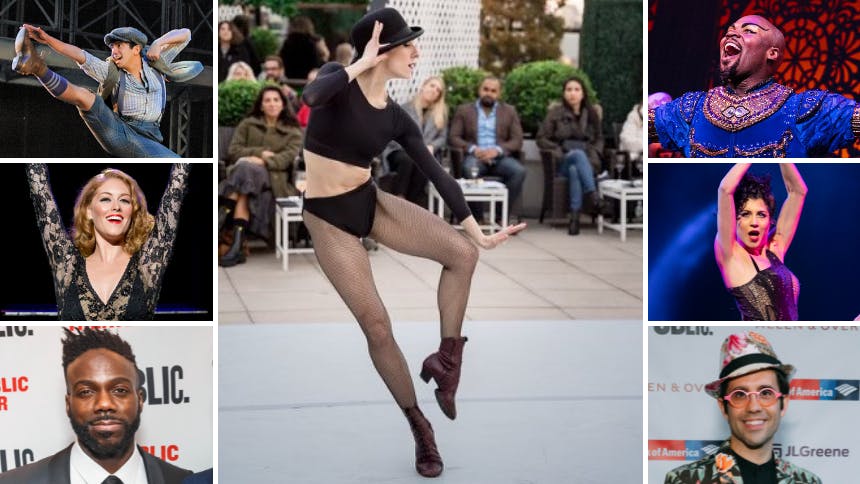 "You become what you model. If you are modeling mediocrity or laziness that's what you embody. If you are modeling excellence - if you are constantly striving and raising the bar impossibly high - we may never actually reach that particular goal but the joy comes in the process of trying to strive for that."

This powerful quote, shared by Broadway's Mark Price, appears not even ten minutes into the brand new documentary The Joy Is In The Work celebrating the work and impact of the late legendary actress, singer, dancer, director, choreographer and beloved cofounder of Broadway Theatre Project, Ann Reinking. Have a look at the trailer:


In 1991, Ann, alongside her longtime associate Debra McWaters created a phenomenal summer intensive program for high school and college students with a faculty to be believed. The up and coming performers learned from Broadway's best including Gwen Verdon, James Naughton, Gregory Hines, Julie Andrews among many others. While Ann was part of the project during the glorious years of 1991 - 2004, she was also starring in the 1996 Tony Award winning Broadway revival of Chicago as Roxie while choreographing the production (winning her own Tony) and serving as the conceiver, co-director and co-choreographer of Broadway's 2000 Tony Award winning musical Fosse eventually appearing in the production herself in 2001.

At Broadway Theatre Project during this time, over 1,000 students were taught and mentored by the incredible Reinking. Chase Brock, choreographer of Broadway's Be More Chill, Darren Lorenzo, and David Haverty, attendees of BTP, curated this beautiful tribute with so many heartfelt stories and memories of how Ann had impacted their lives by the apprentices who spent their summers at the Florida intensive. Hearing from these dynamic triple threats we know and love from their Broadway work was moving, charming, touching and ultimately wholly inspiring. Whether you've never done a jazz square or can dance the entirety of "All That Jazz" - you'll be inspired by the wisdom Ann shared with this incredible roster of musical theatre's best.

To watch the documentary in full, push play immediately below and share it with a friend.


A Broadway Theatre Project alum we have highlighted on more than one occassion (and you will see in this documentary) is divine choreographer James Kinney. James' dance numbers whether beautifully created dance films or demos in New York City's finest dance studios are out of this world. His musicality, his syncopated movement, the joy his dancers express - it's a dream to watch. Most recently, James worked with thrilling Broadway performer and FX's Fosse/Verdon's Skye Mattox who has appeared in West Side Story, On The Town and Carousel. Fun fact, Skye's grandfather is the late Broadway and Golden Age movie musical performer Matt Mattox who was beloved in the dance community for his own style of jazz dance.


James Kinney most recently recreated Ann's absolutely iconic "There'll Be Some Changes Made" from Bob Fosse's 1979 film "All That Jazz" with Skye stepping into her jazz boots for a recent iHeartDance NYC performance at New York's Empire Hotel Rooftop. The tribute was sanctioned by The Verdon Fosse Legacy. It's extraordinary.


"The joy is in the work" indeed. Ann's talented mentees have gone on to truly pass on the work ethic, wisdom and knowledge of one of Broadway's fiercest leading ladies and will continue to do so for decades to come.