Hot Clip of the Day: The Way Ephraim Sykes Makes Us Feel About Upcoming MJ The Musical! 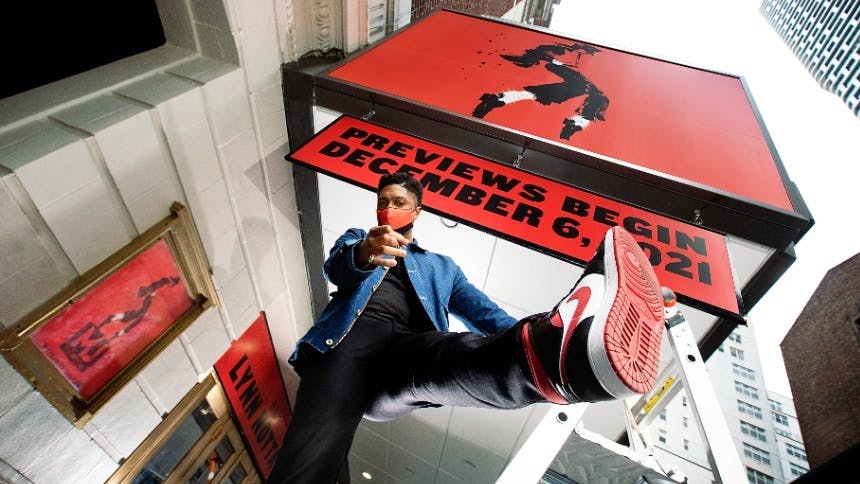 "Wanna Be Startin' Something" from MJ The Musical (Ephraim Sykes)


Ulterior Motives: Yes you wanna be startin' making those Broadway plans! Tickets are now on sale for the brand new musical MJ Musical starring the Tony nominated truly captivating triple threat Ephraim Sykes. The musical is being brought to Broadway by Lia Vollack Productions and The Michael Jackson Estate. The musical inspired by the life of the King of Pop has a score comprised of the pop superstar's beloved legendary radio hits alongside a book created by two-time Pulitzer Prize® winner Lynn Nottage. Tony Award winning choreographer Christopher Wheeldon who so magnificently made Broadway's An American in Paris tell a glorious story through dance will be directing and choreographing the production at the Neil Simon Theatre.

Ultimate 🙌 🙌 moment: There is no secret that Ephraim Sykes, who is portraying Michael, is an exceptional dancer, singer, actor - he's amazing! We got a little sneak peek of him sharing his Michael Jackson dance moves at a #Ham4Ham. To see him dance under the marquee, it all seems so real and so soon just as Ephraim says in the clip. 0:43 - 0:46 made us gasp! Even on the sidewalk of West 52nd Street, he dazzles with those iconic MJ moves that we cannot wait to see live on Broadway. Previews begin December 6, 2021 with an official opening night set for February 1, 2022!

MJ the Musical
Best Priced Tickets
Newer
"We've Got Annie!" Wisdom, Work Ethic, and All That Jazz Shared In New Doc The Joy Is In The Work
Older
Words Fail! The Dear Evan Hansen Film Trailer is Here!