Five Things We Learned About Gwen Verdon from the Documentary Merely Marvelous: The Dancing Genius of Gwen Verdon 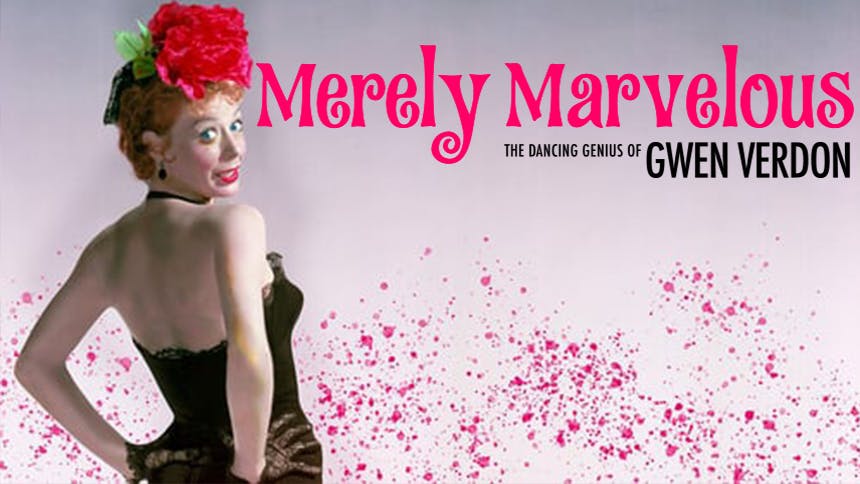 Four-time Tony Award winner and six-time Tony nominee Gwen Verdon was born on January 13, 1925, and today would have been her 95th birthday. To honor the prolific Broadway star who created and originated the roles of Charity Hope Valentine, Roxie Hart, & Lola (to name a few), check out the documentary about her life, Merely Marvelous: The Dancing Genius of Gwen Verdon, now available for streaming on Amazon Prime.

Scroll on for some interesting tidbits we learned about Gwen from the documentary (like she actually did all Gene Kelly’s tap dancing for Singin’ in the Rain?!).


One of Gwen’s biggest inspirations growing up was Charlie Chaplin and the way he conveyed stories without words. She won her fourth Tony Award for Redhead, which had a scene where her character danced “Erbie Fitch’s Twitch”, a musical number heavily influenced from Chaplin. Charlie Chaplin saw the show and met her backstage at Redhead where he gave her one of his canes, which her daughter, Nicole Fosse, still has today.


When Gwen was young, she idolized Fred Astaire and Ginger Rogers. In 4th grade, she would sign her papers Ginger Verdon. Gwen and Ginger both had played the role of Roxie Hart, Gwen in the 1975 musical Chicago and Ginger in the 1942 film Roxie Hart.


Gwen had a lot of ballet training growing up. At 18, when she met dancer/choreographer Jack Cole in the nightclub business, his choreography brought a toughness to her dancing. One of the dance historians in the film mentioned that the “Two Lost Souls” number from the Damn Yankees film was a significant merge of Bob Fosse’s iconic choreography as well as all of Gwen’s inherent Jack Cole styling she had danced before she met Bob.


Universal Pictures wanted Shirley as Charity in the film version of Sweet Charity, even though Bob Fosse was chosen as director and choreographer. Four months before filming began, Gwen came in to teach Shirley the Charity dances as she had remembered them all and Bob needed assistance. Gwen wanted to make sure the material was right. Gwen told Dick Cavett in a television interview that she wanted Shirley to do the part and was thrilled with Shirley’s performance.


The song “Nowadays” was written in 45 minutes after the original finale (with Chita Rivera on drums and Gwen Verdon on saxophone) was scrapped. In the film, Chita had goosebumps recalling “Nowadays.” She said, “I can’t believe I’m standing next to Gwen Verdon, who’d ever dream of that. We are actually doing a number two dancing as one. Chita is now dancing as one with Gwen Verdon who is the woman she looked up to.” The final number was actually the first dance the two did together in the show, which was so exciting for the audience. Chicago was Gwen’s final Broadway show.

Celebrate Gwen Verdon's birthday with a viewing of Merely Marvelous: The Dancing Genius of Gwen Verdon.