Act One Finales: 7 Incredible "You're Nothing Without Me"'s from CITY OF ANGELS 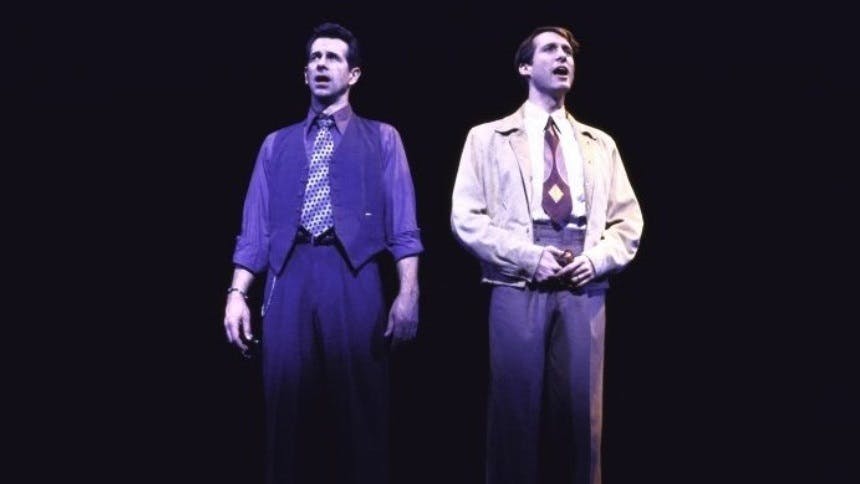 This afternoon, Stars in the House, a twice daily livestream talk show to benefit The Actors Fund reunited stars from the 1989 Original Broadway Cast of City Of Angels.


Before we get into that, we have to commend the a-mah-zing Seth Rudetsky and James Wesley on this extraordinary series. STARS IN THE HOUSE has reunited beloved casts of Broadway shows like The Full Monty, Spring Awakening

and Urinetown, TV shows like "This Is Us," "Glee," and "Melrose Place" and presented special events like the New York Drama Critics' Circle Awards. Don't forget to tune in twice daily and if you are able, please donate to The Actors Fund which supports EVERYONE involved in the entertainment field especially in these unprecedented times.

City Of Angels! The musical premiered on Broadway at the Virginia Theatre (now the August Wilson) on November 21, 1989, officially opening on December 11, 1989. The cast - stars aplenty: James Naughton, Gregg Edelman, Randy Graff, Dee Hoty, Rachel York, the list goes on. The show had an ultra jazzy score with music by Broadway Golden Age legend Cy Coleman with lyrics by David Zippel (an awesome cast album listen). It's been 31 years since the show has appeared on Broadway so please count this as our open letter to revive it. Could you imagine the casting options possibilities?

This late 1980's musical was a love letter harkening back to 1940's Hollywood and film noir. At first thought of the musical, the show's signature Act One Finale came to mind, "You're Nothing Without Me" sung by the writer Stine (played by Gregg Edelman) and the Hollywood lead Stone (played by James Naughton). We've made it no secret that we love an Act One Finale. In that spirit, this series was born and we are kicking it off with delightful renditions of one of our favorite Act One Finales from City Of Angels, "You're Nothing Without Me".