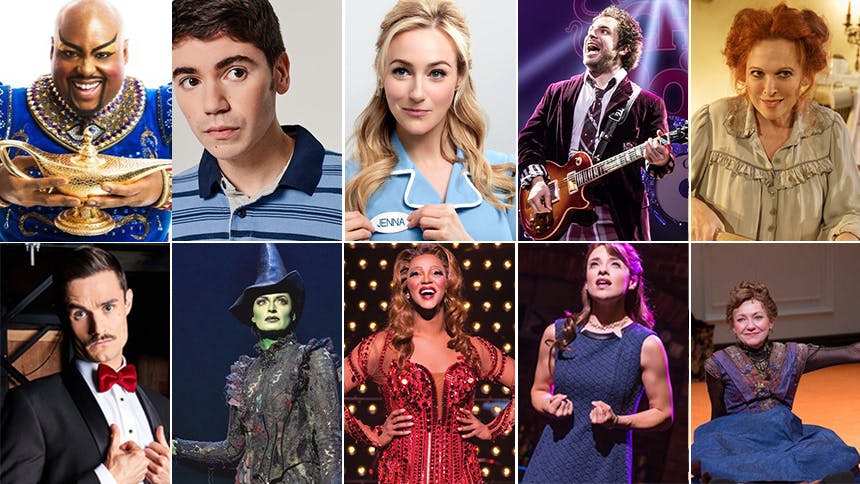 There is still no special Tony or Drama Desk Award for Best Replacement on Broadway, but if there were, these folks would make the shortlist from 2017. Each brought something special, original, and incredible to their long-running musical.

Betsy Wolfe as Jenna in Waitress


We have gushed and gushed about how incredible Betsy is in Waitress and the joy, humor, and hope she brings to the character of Jenna. I’m also obsessed with how the score sounds in her voice. There's nothing more to say, except go see her before her run ends in January!

Julie White as Nora in A Doll’s House, Part 2


Laurie Metcalf won a much-deserved Tony Award in 2017 for her portrayal as Nora but it was Tony winner Julie White who made me feel like I saw the show and the character for the first time. White obviously milked the comedy and got every laugh she was entitled to and then some, but it was the heartbreak, guilt, and sorrow this Nora had that elevated the play to more than comedy. When she sat there quietly crying with Ann Marie about abandoning her children, it was a revelation.

Major Attaway as the Genie in Aladdin


This Broadway debut is pure Disney magic. Seriously, how does he do it?! He commands that stage and carries that show like only a true Broadway star could. If I had three wishes, it would be to see him do this performance three more times.


Eyes were on this TV star who makes his Broadway debut replacing Tony winner Ben Platt, and my gosh does Noah deliver. Any skeptic Fansens can take several seats because this performance is so original, nuanced, and heartbreaking. Also, vocally, this boy is soaring. The biggest shame is how limited his run is.

Justin Collette as Dewey Finn in School of Rock


The Canadian comedian lands every single joke and creates moments you didn’t know School of Rock was capable of. He works to win over that entire audience, and by the end, he’s the hero 2017 needs. I knew this Dewey Finn and I loved this Dewey Finn.

Jackie Burns as Elphaba in Wicked


Some Elphabas act the hell out of and some give you vocals that make your hair stand up, Jackie Burns is one of the few who could do both. You can feel the sound of her voice coming at you sitting in the Gerswhin. It’s like, “Yes, of course this green woman is magic incarnate.”


Another gobsmacking Broadway debut came from J. Harrison Ghee, who is an undeniable force as drag star Lola. He serves it at 150% the entire time he is on that stage. This Lola is a spark plug that keeps this Tony-winning musical electrifying. Lucky for all of us, he’s back in the boots beginning in January 2018.

Jenn Gambatese as Miss Mullins in School of Rock


No one will ever sing “Where Did the Rock Go” like Jenn Gambatese, and my biggest regret of 2017 is that no one thought to record it anywhere. The performance gave Mullins such a full arc, but it was that number that fans will always recall.


Fine, it’s not technically Broadway but it is technically the best Mrs. Lovett you’ve seen since Angie in the OBC. I’ve never loved Sweeney Todd as much as I did keeping one eye on Carolee and what she was doing as Lovett at all times.

The Entire Cast of The Play That Goes Wrong


To say that the Olivier and Tony Award-winning play got a second life from its total overhaul replacement company would be the understatement of the year. The original creators and stars from Mischief were wonderful, but this new mix of stars found fresh, unique moments in this farcical comedy. Highlights include Mark Evans sitting there seething as the director watching everything go awry, Ashley Bryant and Akron Watson who bring so much to their crew characters, and Alex Mandell is like the most lovable Gumby character ever. It’s a treat from top to bottom.