15 Musical Moments That Made 2017 So Memorable 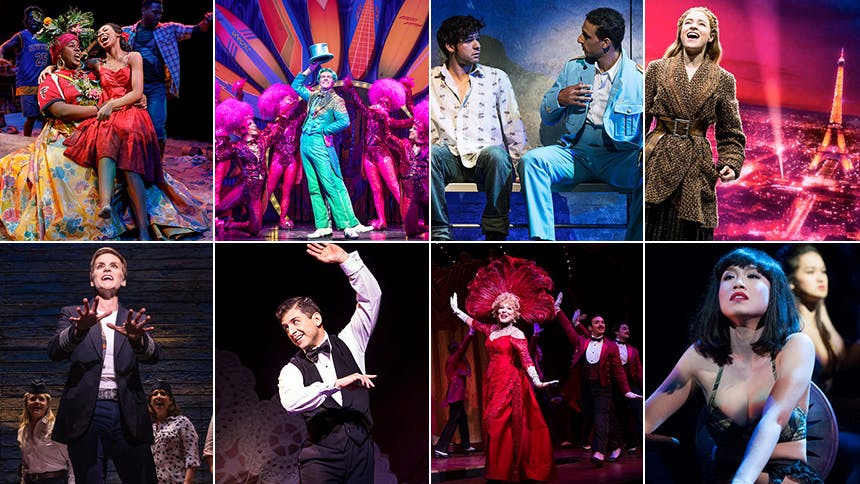 These are the musical numbers we’ll remember when we think about Broadway in 2017.

“The Movie in My Mind” from Miss Saigon


This early number from the Miss Saigon revival was truly exceptional. Eva Noblezada and Rachelle Ann Go brought the vocals to the next level while director Laurence Connor and musical staging supervisor Bob Avian provided no shortage of stories on that stage. If you could take your eyes off Rachelle or Eva, there was entire world happening in the shadow.

“Me and the Sky” from Come from Away


The soaring solo from Jenn Colella was a highlight of the entire night and of the spring 2017 season. It was both her I want song and the 11 o’clock number. I would watch that number on loop for 90 minutes.

“Chromolume #7” from Sunday in the Park with George


What’s normally a grin and bear it moment in the musical masterpiece was actually gorgeous and fresh in Sama Lapine’s 2017 revival. It was an unexpected and wonderful surprise.

“Mama Will Provide” from Once On This Island


Alex Newell and Hailey Kilgore give Broadway debuts that leave audiences stunned, and when they come together for this moment, it’s a game-changer. In this moment, Alex shows what a singular talent he is.


Laura Osnes and the Donny Nova band poured every ounce of themselves into this rallying cry, and the result was breathtaking.

Patti LuPone gave us major life in War Paint but the piece de resistance was Christine Ebersole’s 11 o’clock number that felt like a campion piece to her epic Grey Gardens anthems in style and performance. It was heartbreaking.

“The Right Girl” from Prince of Broadway

Tony Yazbeck and Susan Stroman reimagined Buddy’s Follies heartbreak as a tap extravaganza/meltdown, and it was genius. Watching this celebrated dancer in his truest element and using his body to tell a story was just remarkable.

“Land of Yesterday” from Anastasia

Stage icon Caroline O’Connor makes her presence known as she stops the show with this huge, celebratory dance number. She commands the stage like only a legend could.

“Journey to the Past” from Anastasia


Christy Altomare ends the first act of Anastasia by giving audiences a vocal and emotional performance that’s a testament to her incredible talent. Then when you add in the beautiful projects behind her, it’s nothing short of magic.


The roller rink scene of The Band’s Visit is so beautiful in its honesty and relatability. The seamless transition from one song into the next and the way the characters and their respective personalities shine through in each song’s style is truly brilliant.

“Answer Me” from The Band’s Visit


This song about longing is pretty much the anthem of The Band’s Visit. But beyond the musical beauty of the song, it’s the incredible staging that fans of this show will never forget.


The reason this random number from SpongeBob feels so important is because you witness a rare star is born moment from Jai'Len Christine Li Josey, who makes her Broadway debut as Pearl Krabs. This is for her what “Miss Marmelstein” was for young Streisand in I Can Get It For You Wholesale.

Ok, this is cheating but we had to recognize both Gavin Lee’s old-fashion kick line showstopper and Wes Taylor’s boy band-style rapping revolution. Both numbers equally left us with our jaws on the floor of the Palace. (But also "Bikini Bottom Day" is the most fun opening since "Good Morning Baltimore".)

“Put On Your Sunday Clothes” from Hello, Dolly!


Kicking it off with Gavin Creel’s soaring tenor, then the shocking wave of pastel from costume designer Santo Loquasto, and finally capping it off with a train on stage, this moment was beyond EPIC. It was everything Broadway could be. (And don’t get me started about if you saw Donna Murphy belting “all aboard” over the entire ensemble)


How could you possibly even describe what it felt like when Tony winner Bette Midler descended the grand staircase at the Shubert Theatre as a chorus of men welcome her back where she belongs. Then Bette—so joyful and playful—kicked it up another level and you think for a moment, the Shubert might explode.

Newer
The 10 Broadway Replacement Stars Who Slayed the MF House Down in 2017
Older
Introduce Yourself(ie): 10 Questions with School of Rock Standout Amadi Chapata
Sign up for BroadwayBox Discount Alerts