Five Broadway Shows Opening in 2018 To Be Excited AF For 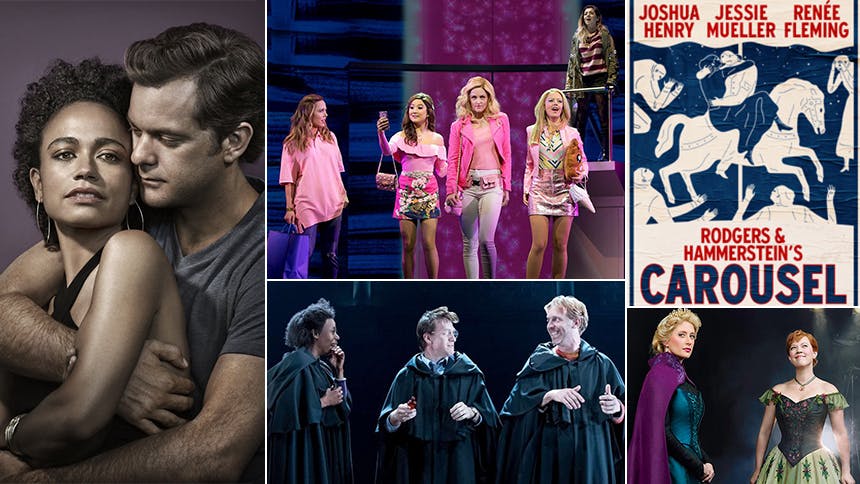 We’ve spent a good amount of time and space looking back on the best of 2017, and now it’s time to look ahead to what the next season on Broadway has in store for us. Here are five shows we can’t wait to see in spring 2018.


Joshua Henry stars as Billy Bigelow in Jack O’Brien’s upcoming revival of the beloved, controversial musical about a carousel barker, the woman he loves, their child, and the small New England town they call home. The creative team of Tony winners Santo Loquasto (sets), Ann Roth (costumes) and Jules Fisher and Peggy Eisenhauer (lights) already tells you this is going to be a gorgeous, full revival. Additionally, the entire cast is wonderful, but it’s all about what two-time Tony nominee Joshua Henry is going to bring to the role and if this is the role that wins him the big award.

The Olivier Award-winning spectacle will have all of New York (and all your family and friends who ask you about B’way) talking. It feels like the Best Play Tony race is already sewn up and it’s just a matter of seeing the magical world come to life onstage in a two-part theatrical experience. Let’s be real: It’s going to take magic to snag a ticket to this play this spring.


The buzz from the world premiere in D.C. praised Tina Fey’s book, Casey Nicholaw’s inventive choreography, Taylor Louderman’s breakthrough performance as Regina George, and the incredible supporting cast who keep the party going. My hope and dream is a Producers/Mormon/Legally Blonde level of fun and creativity that carries it to Tony glory.

Children of a Lesser God (Begins March 22 at Studio 54)


The first revival of Mark Medoff’s Tony Award-winning Best Play would have been exciting no matter what, but the fact that this revival stars Joshua Jackson is icing on the cake. The Dawson’s Creek and The Affair heartthrob is paired with newcomer Lauren Ridloff, both making their Broadway debuts in complex, star-making roles. Can’t wait to see how they do and what they bring.


Seeing any Disney movie on stage is a thrill—they know how to put on a show—but what makes Frozen extra exciting is the pairing of Caissie Levy and Patti Murin, two longtime Broadway actresses due for next-level breakout moments. Caissie Levy singing “Let It Go” live and opting up like there’s no tomorrow is worth the price of admission right there.

Sign up to get discount alerts to these and other big shows this spring.