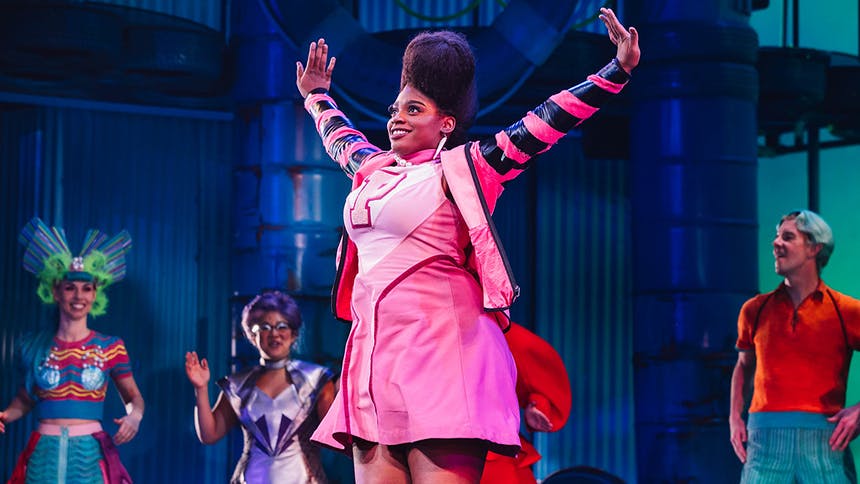 gives audiences plenty to cheer about, but today we need to talk about Jai'Len Christine Li Josey. The Jimmy Award winner makes her debut as Pearl Krabs and she is a showstopper— legit the prolonged cheering after she sings pauses the show. Below, BBox celebrates one of our favorite breakout stars of 2017 with a proper YouTube spiral.


To say I’ve watched her big SpongeBob number a hundred times in the last week is probably an understatement. And it still slays me every single time.

“Home” From The Wiz


This is a dream I didn’t know I had coming true: Jai’len + Fame. Yas!


Too soon for another revival or nah?

“Raise the Roof” from The Wild Party


The Lippa Wild Party anthem feels so fresh and exciting. Like Queenie, this version is sexy and dangerous and totally unexpected.

"And Eve Was Weak" from Carrie


I'm weak after hearing this. Here I am living life like I'd never hear a version that could rival the OBC and then Jai'Len came and did that big ending.


More like fierce woman. Obvi she slays the vocals, but she also nails the comedy.


You might know it as a Streisand song but this is the act one closer from a Tony-winning Best Musical and Jai’Len brings it to the next level.


Jai’Len comes in around 1:35 and makes this R&H classic sound completely fresh and original. Praise!


I haven’t felt this patriotic since November 7, 2016. This is up there with the greats who have performed it.

“And I am Telling You” from Dreamgirls


Amber Riley is gonna need a standby when they transfer Dreamgirls and I vote Jai’Len! That would be so epic. I honestly don’t think I’d survive it.

“I Am Changing” from Dreamgirls


Let’s call this exhibit B. #CaseClosed

“Somewhere Over the Rainbow” from The Wizard of Oz


Leaving you with a little a cappella Oz ‘cause it’s everything and there’s no returning from it.