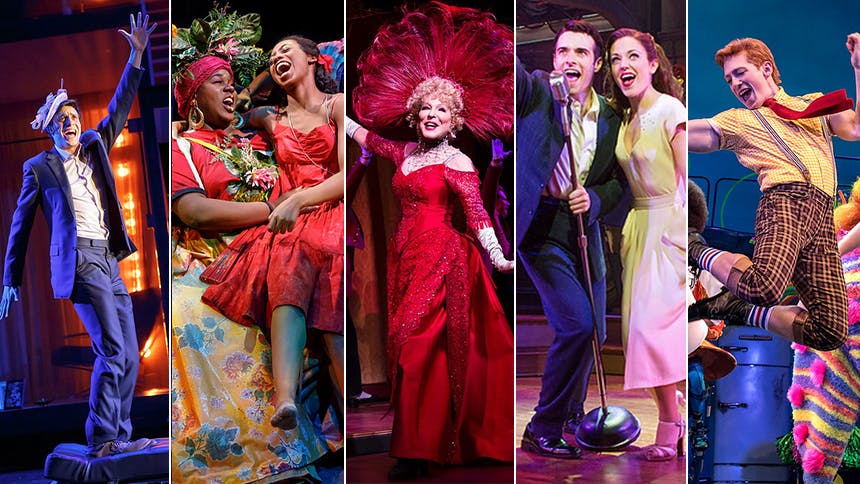 Looking back on some of our favorite nights on Broadway in 2017. #Dont@Me


What began as “Oh, that’s a cool gimmick,” turned quickly into, “Wow, this is incredible and Laura Linney & Cynthia Nixon are queens!” The wonderful MTC revival that saw Laura & Cynthia alternate the leading roles of Regina & Birdie nightly was a true theatrical event. Nixon’s heartbreaking, Tony-winning performance as Birdie was a highlight of the entire year.


Justice for this incredible Tim Minchin score, the genius direction by Matthew Warchus, and a performance by Andy Karl that would be unimaginable by anyone else. It’s rare a musical adaptation could surpass the work of the film, but Groundhog Day did.


The biggest heartbreak of 2017 was the short run of Josh Harmon’s all-too-real comedy about a young gay New Yorker longing to find his love as all his girlfriends pair off. Gideon Glick’s leading performance was truly exceptional, and it’s a shame it wasn’t preserved somehow. Movie adaptation?


Another heartbreak was the original WWII musical Bandstand, which offered one of the best scores of the year, career best performances from headliners Laura Osnes and Corey Cott, and a strong vision by director/choreographer Andy Blankenbuehler. One hopes the recorded Fathom performance helps catapult the show to the level it deserves.

6. Sunday in the Park with George

This stunning Sunday revival was a piece of art. Every performance seemed to elevate the Sondheim/Lapine classic. If there was a 2017 ensemble award, it should go here.

The contemporary comedy was the best new play of the year—a point that was only driven home when replacement star Julie White stepped into the piece and mined all the layers of Lucas Hnath’s play. No matter the cast, this was a play that felt important.


The August Wilson revival staged by MTC was nothing short of exceptional. Each performance crackled with raw truth and the set was a masterpiece from David Gallo. You sat there knowing you were seeing something special.


The creativity and theatricality of this new musical by Tina Landau and Kyle Jarrow is what Broadway is about. Ethan Slater should be talked about as the Tony frontrunner for his starring, debut performance as SpongeBob. The featured cast is all spot on and all in the exact same show; David Zin created a world you want to inhabit; and Christopher Gattelli infused the proceedings with an infectious joy. The big take away of 2017 is that SpongeBoB is an undeniable triumph.

2. Once On This Island


The tears flowed like Agwe’s rain in this genius revival by Michael Arden. Again, Once On This Island is a testament to how a strong vision could elevate everything. Then when you add in those incredible performances and new musical arrangements, it’s clear this is one of the best shows running in NYC.


For the hat shop scene alone, this deserves the top spot. Whether you worshipped at the altar of Tony winner Bette Midler and her larger than life star turn or you returned time and again to see Donna Murphy’s incredibly sung, grounded, and joyful performance, this revival always delivered. If this were a sitcom, the featured performances by Creel, Baldwin, Trensch, and Feldstein would warrant a spin off. The choreography by Warren Carlyle evoked a Broadway long gone and sorely missed. Overall, every time, it was a perfect night at the theatre.