15 Soaring Video Performances of “Maria” from West Side Story 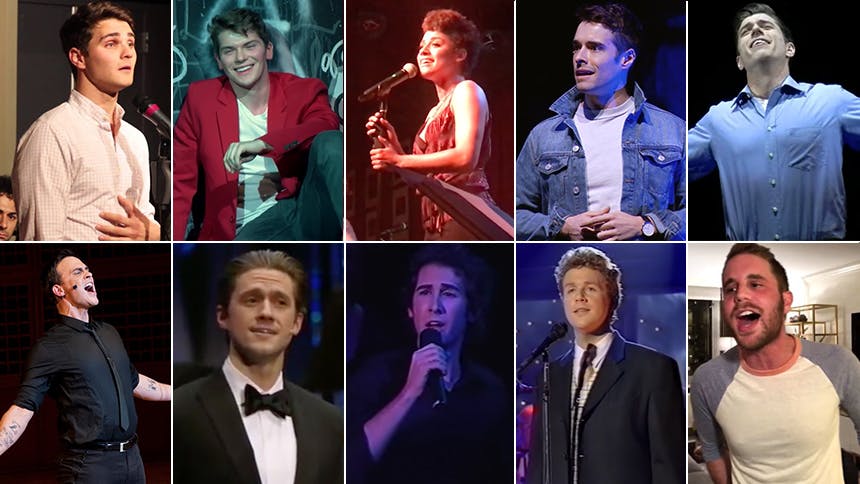 The beloved musical West Side Story


Once On This Island alum Isaac Cole Powell stars as Tony, and B’way fans are eagerly anticipating his performance of the soaring Bernstein and Sondheim number “Maria”. To hold us over until then, BroadwayBox compiled 15 of our absolute favorite YouTube versions of “Maria”. Scroll on for a lot of music playing and praying.


Kicking off with possibly my favorite video in this list. The Bandstand and Newsies star performed Tony at the Lyric Opera of Chicago earlier this summer, and his “Maria” is just everything you could want from this song vocally and in performance.


This current Jersey Boys star played Tony at the Signature Theatre in Arlington, Virginia back in 2016, and this jaw-dropping rendition certainly made the rounds when it was posted.


Just discovered this very talented Aussie today, and his “Maria” elicited an audible gasp upon viewing. If you like his voice and want more, he’s the new Phantom in London’s Phantom of the Opera.


This early video of Broadway’s rising star (Dear Evan Hansen, Alice by Heart, Girl from North Country ) is from his performance at Baldwin Wallace University. This performance is so passionate that it totally sucks you in.


Stavros played Tony in the summer of 2017 at Summer Rep Theatre Festival in wine country, and his video had to be included here alongside these famous faces and musical theatre stars. His powerful voice left me shook at 1:37. I hope we see more from Stavros in the future.


Justice for Tony nominee Josh Young! His voice is so special and so huge, he should be in a lot more musicals. His “Maria” feels epic. Gave me chills, that’s for sure.


This Tony nominee is the only lady on the list, and her version feels so distinctly her own while retaining all the emotion of the original. Also, it had to be included because Ari is Anita in the upcoming Spielberg remake of West Side Story.


The Moulin Rouge star rang in the New Year with his beautiful rendition of “Maria”. This performance was from the 2017 New York Philharmonic New Year's Eve concert, "Bernstein on Broadway" at Lincoln Center. Stick around for a little “Tonight” with Laura Osnes.


The West End stage and screen star performed the number as part of the 2012 BBC Proms at the famed Royal Albert Hall, and it sounds so incredibly rich and full.


The great Olivier Award-winning actor was the leading man of the moment in the late ‘80s/early ‘90s, so of course he has a glorious “Maria” all his own.


The Tony winner uploaded the video for the new West Side Story movie, and fans lost their minds! Here, he brings all that passion and intensity that made him a star in Broadway’s Dear Evan Hansen.


Cheyenne Jackson is a Grammy nominee thanks to this recording from the San Francisco Symphony concert.


The Tony Award nominee was actually the Tony standby in the last Broadway revival of West Side Story, and this is his “Maria” from when he starred in the 2016 Hollywood production.


The British actor performed Tony in the UK for over 600 performances. He starred in the second and most recent West End revival in 1998, as well as the UK national tour.


It’s Groban singing “Maria”, you know you’re going to love it before you click it. It’s everything you expect—it’s perfection.


Here’s Broadway’s original, legendary Tony performing the number in 1957 as a little bonus.

Don’t miss Isaac Cole Powell and the company of 'West Side Story' at the Broadway Theatre beginning December 10.