Hot Clip of the Day: Waitress' Wondrous Katharine McPhee's "What Baking Can Do" in Rehearsal 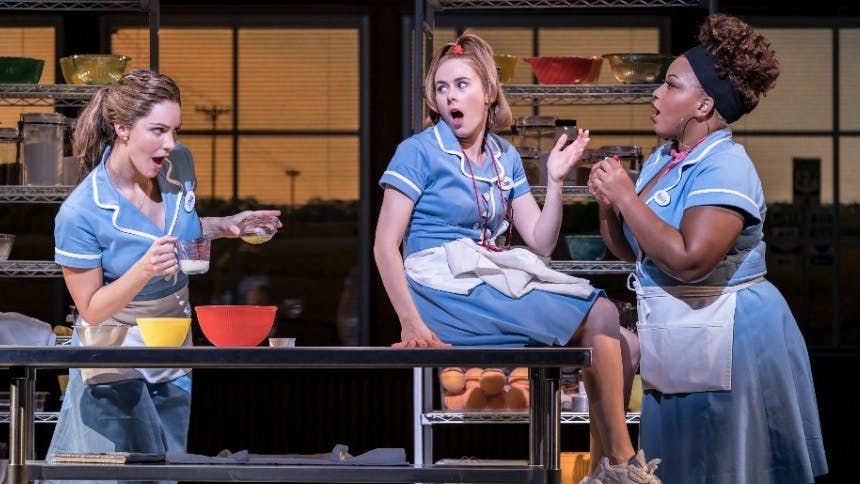 "What Baking Can Do" from Waitress (Katharine McPhee)


Ulterior Motives: Katharine McPhee made her Broadway debut in 2018 and has been on so many Broadway fans' radar since her incredible run on Season 5 of FOX's American Idol and of course in 2012 with NBC's Smash. Today also happens to be her birthday! With her effortless, gorgeous vocals Katharine made her Broadway debut in the Sara Bareilles scored Waitress appearing three times during the musical's run and was the premiere Jenna in London's West End production. Katharine had the distinct honor of being the musical's final sweet as pie Broadway Jenna. We love this clip of Katharine rehearsing one of our favorite songs in the show. Once Broadway returns, we hope to see her treading the boards once again!

Ultimate 🙌 🙌 moment: How joyful is this lady!? We love the joy musical theatre can bring and she is the perfect example in this clip. Look at 1:20! We thought this was going be our ultimate moment from the clip however - Ms. McPhee was upstaged! Please look at the lower half of the screen at 2:06. As Katharine is singing the beautiful bridge of the song just flawlessly, her sweet pup popped out of their carrier at the biggest part of the song. Even Kat's dog knew it was a lucky time to be an audience member! After "sugar, butter, flour don't let me DOWN!" her pup basically looks up in amazement at the other people in the room at 3:01 like "can you believe how great this is!?" That's our moment haha.

Newer
Women's History Month! Celebrating 1980's Fave Songs of the Decade By Broadway's Extraordinary Ladies
Older
Hello! 11 "You And Me (But Mostly Me)'s for The Book of Mormon's 10th Anniversary!
Sign up for BroadwayBox Discount Alerts