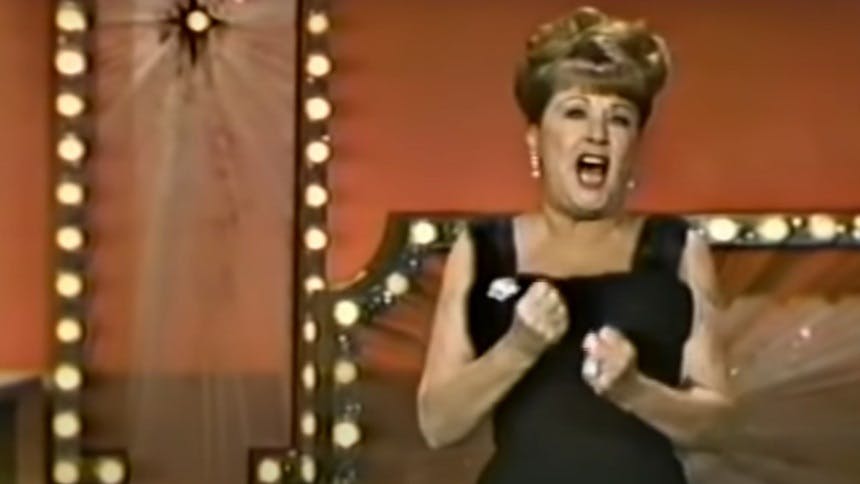 "Broadway, Broadway - how great you are!!"


Way back in 1959, magical force of nature Ethel Merman opened one of THE Broadway musicals of Broadway musicals Gypsy at... the Broadway Theatre. Yes, this gif is of Anything Goes but we'd like to think that this was what was going through her head during "Rose's Turn."


Why not leisurely take this afternoon to enjoy the Broadway legend in one of her most iconic roles as the ultimate stage mother. Any chance to listen to that glorious Jule Styne/Stephen Sondheim score is a thrill!


This video was a really special find!

Eight years following the show's Broadway premiere (and Gypsy Rose Lee mentions May 21!), Ethel Merman was a guest on Gypsy Rose Lee's talk show. What was all the more special was that Gypsy Rose Lee shared film of the Broadway rehearsal process which was held on the roof of the New Amsterdam Theatre.

We enjoyed the soothing piano versions of the score all the while. You'll spot key Gypsy players like Jerome Robbins, Jule Styne, Stephen Sondheim, Ethel and Sandra Church - who portrayed Gypsy. It was exciting to hear her narrate the visit.