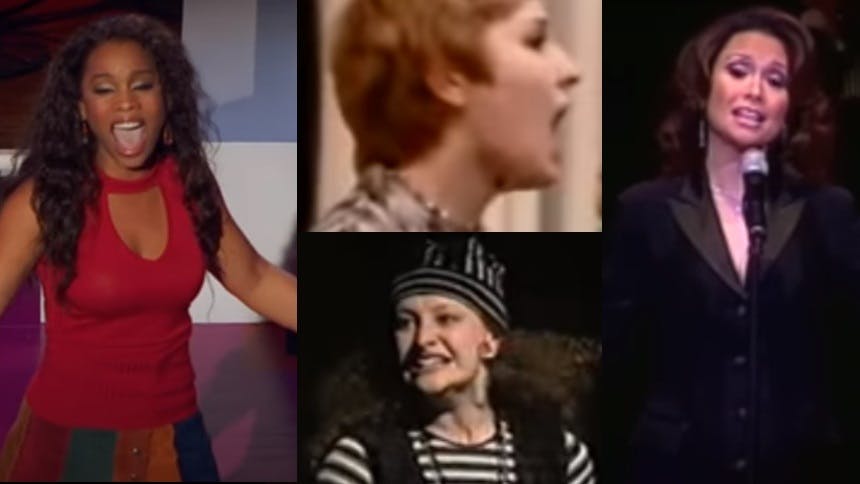 Tomorrow - there is going to be a livestream concert for the ages.

Benefitting ASTEP (Artists Striving to End Poverty), Raúl Esparza will be hosting Take Me to the World: A Sondheim 90th Birthday Celebration Sunday April 26th at 8pm EST. The show will be directed by Broadway.com's Paul Wontorek with musical direction by Mary-Mitchell Campbell. Set a reminder on your phone, bookmark the page, write a post it, schedule an alarm - you're not going to want to miss this.

This is a Marta in Company we would love to see! Awesome to see Lolo sing Sondheim after seeing her rock infused Ilse in Spring Awakening. How great is Charlie Rosen's Broadway Big Band btw?

Most recently seen as Marta from the 2006 revival of Company with Raúl as Bobby, she's matter of fact and New York cool.


That voice! The Tony winner soared through this Sondheim classic with Neil Patrick Harris as her Bobby with the New York Philharmonic.


Hear us out. Spice Girls' Mel C. came out with a theatre album, Stages, after appearing in Blood Brothers and Jesus Christ Superstar in the UK. This version is fun!


Before appearing on television in Heathers, Florida Girls and You, Melanie performed a crystal clear rendition of the Sondheim classic. We also loved her story of going to school at NYU peppered in the middle.


We think Lea can sing the phonebook (are there phonebooks anymore?). Lea's pitch perfect performance is a dream and we were thrilled to hear her put her glorious spin on this tune.


The original Broadway cast was blessed to have the effervescent Pamela Myers as their original Marta. As you'll see in this clip (the fun starts at 4:24), she's the epitome of Marta - 1970's New York uniqueness, confidence and sass with a magical voice to boot.


Extra Credit
As we saw with Bobby Conte Thornton in the recent revival of Company, Marta's character had been updated to P.J.. A number of fantastic gentlemen have also performed the classic with Charlie Rosen's Broadway Big Band and we wanted to showcase them too. Enjoy them here, in no particular order, each marvelous and different in their own right! You'll love their individual takes on the song.

Set those reminders for tomorrow, Sunday April 26th at 8pm EST for Take Me to the World: A Sondheim 90th Birthday Celebration live on Broadway.com.

Newer
Hot Clip of the Day: Sam Harris' "Use What You've Got" with a Liza and Cy Coleman Surprise
Older
Choreo Spiral: 5 Time Tony Winner Susan Stroman and The Shows We're Crazy For