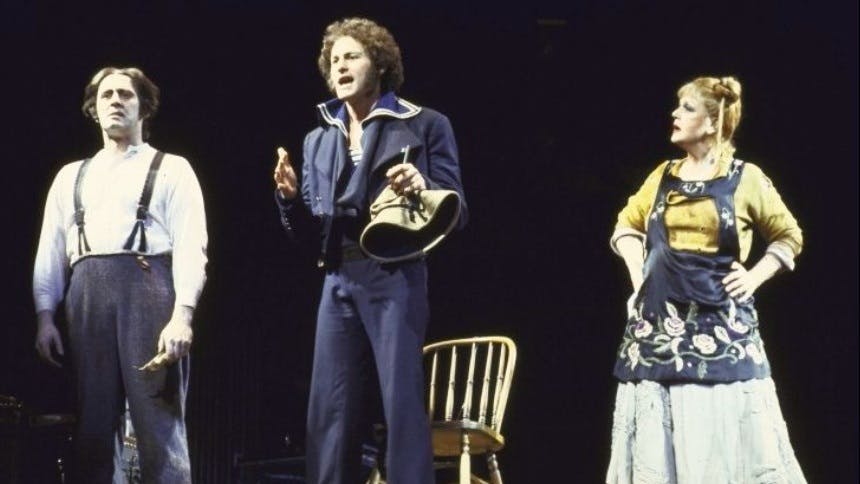 Attend the tale of Sweeney Todd and the thrilling reunion of original Broadway cast members on Stars In The House benefiting The Actors Fund. Tune in tonight, October 1st at 8pm EST!


Audiences can look forward to seeing original Anthony Hope - Victor Garber, soprano Johanna as played by Sarah Rice, Toby as portrayed by Ken Jennings and the original Demon Barber himself, Len Cariou who starred on Broadway as Sweeney Todd. Here's a video of when Len stopped by to recall some Memories and Mishaps from his theatrical career.


Sweeney Todd, the 1979 thriller of a musical written by Stephen Sondheim and Hugh Wheeler told the tale of a Demon Barber who with his confidante, pie shop owner Mrs. Lovett, kept the residents of Fleet Street watching their back. The musical won 8 Tony Awards including Best Book, Score, Leading Actor and Actress, Direction, Scenic Design, Costume Design and the coveted Best Musical.

Tune in tonight at 8pm EST to watch this special reunion and keep in mind with all of these fabulous Stars in the House events, the episodes are available to watch on the series' YouTube channel at anytime after the airing. Donations are also accepted towards The Actors Fund and its services supporting the nation's performing arts and entertainment community.

Let's look at six performances and conversations with this legendary original Broadway cast!

"A Little Priest" with Len Cariou and Angela Lansbury


"The Worst Pies in London" with Angela Lansbury