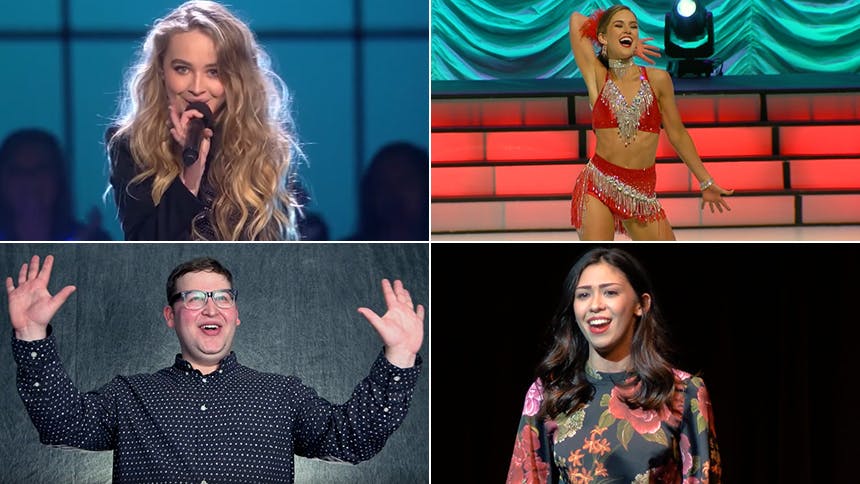 It should also be noted OG Aaron Samuels—and all around Broadway bae—Kyle Selig is back in the show, along with the fierce Reneé Rapp and the fantastic Krystina Alabado, who are staying on as Regina and Gretchen.


Scroll on to fall stupid in love with the four new stars of Mean Girls in the video clips below.

Recording artist and actress Sabrina Carpenter is best known for her TV roles in Girl Meets World, Adventures in Babysitting, and the animated series Sofia the First and Milo Murphy’s Law. This will be her Broadway debut, and she will stay on through June 7, 2020.

Newcomer Laura Leigh Turner makes her Broadway debut as Karen Smith! Fun fact: She was the first runner-up of the Miss Arkansas pageant in 2018.

After he finishes his run as Olaf in Frozen, Chad Burris inherits the best t-shirt collection on Broadway when he steps into the role of Damian. He previously appeared in The Book of Mormon and the world premiere of Almost Famous.

Olivia made her Broadway debut with Mean Girls. She was the standby for the roles of Janis and the adult women—now is her chance to shin as we get her fantastic Janis full-time.