Get a Glimpse of Broadway’s New Bob Dylan Musical, Girl From The North Country, with These Seven Videos 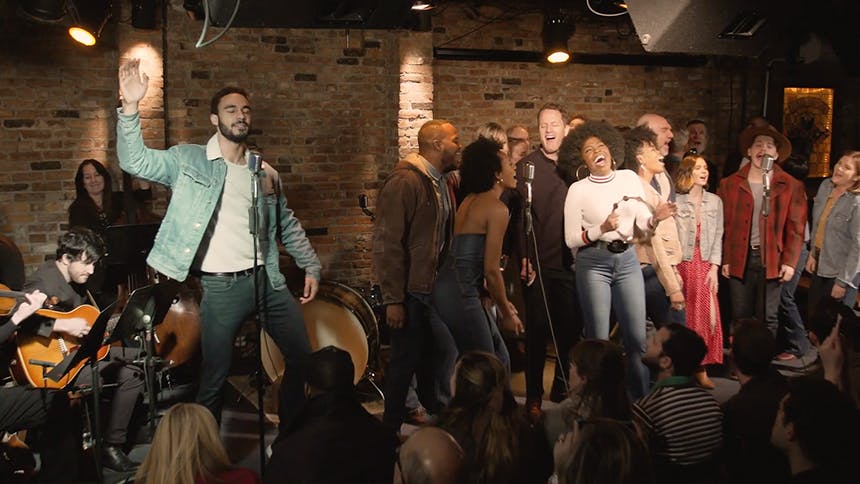 After an Olivier Award-nominated run on the West End and an acclaimed off-Broadway production, Conor McPherson’s Girl From The North Country

finally arrives on Broadway beginning today, February 7. Featuring 19 songs by Bob Dylan, Girl From The North Country tells an original story about the different people living in a small Minnesota boarding house during The Great Depression in 1934. If you are a fan of those intimate, dramatic (Tony-winning) Broadway musicals like The Band’s Visit and Fun Home, you’ll want to check this one out. Watch the seven videos below to learn more about the show and hear some beautiful arrangements of Bob Dylan songs featured in the musical.


Let’s start with a simple one: What is Girl From The North Country?


This is a conversation with the creative team about selecting the right Bob Dylan songs for the show.


Now for some music. Here’s a look at their recent press day performances. Standouts Austin Scott and Jeannette Bayardelle are both serving everything we could possibly want and need—can we even talk about that little move at 19 seconds?


In this stunning video, Jeannette sings with her West End counterpart, Rachel John. Both women play Mrs. Neilsen, a widow waiting for money who begins an affair with the boarding house’s owner, Nick Laine. Here the ladies are performing a gorgeous rendition of Dylan’s “Make You Feel My Love”. These two are unreal.


Now the duo takes on “True Love”. Someone give them a duets album.


Finally here’s a trailer from the West End production so you can get a sense of how it all comes together with the design.

Take the slow train to Broadway’s Belasco Theatre to see ‘Girl From The North Country’, now in performances.