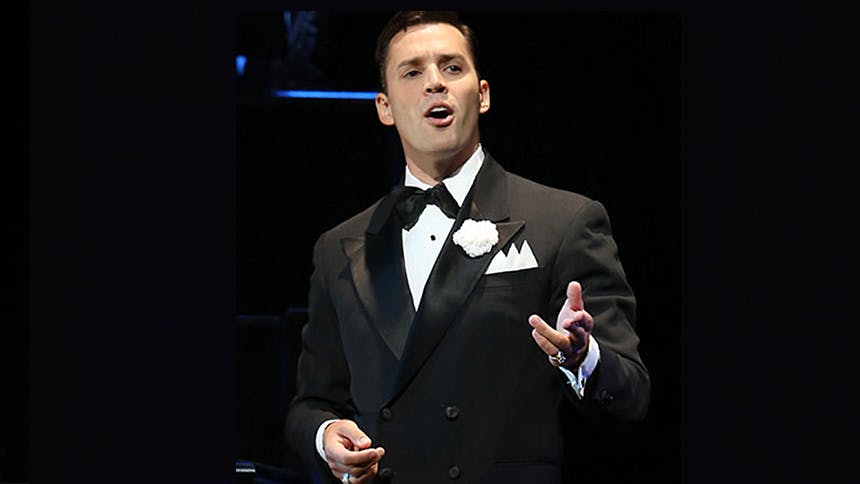 . Ryan is razzle dazzling audiences with his fantastic voice at the Ambassador Theatre through mid-March. BroadwayBox recently caught up with Ryan (who has previously starred in Broadway’s Side Show and The Phantom of the Opera, the West End revival of West Side Story, and the off-Broadway revivals of Passion and Finian’s Rainbow) to discuss returning to Chicago, working with Stephen Sondheim on Passion, and finding the stillness in Billy Flynn.

1. What is it about Chicago and Billy Flynn that keeps you coming back?
The paycheck. Kidding! It’s many things. The more I do the role the more I find his humor and charm. He’s a strong character who can just come across as tough or mean. But the fun challenge is finding that ease, humor, and charm along with that fast-talking lawyer energy.

Happy #23 @chicagomusical! Honoured to be a part of it all. We're older than we ever intended to be. #ChicagoTurns23 #chicagoonbroadway


2. How has your Billy Flynn changed and evolved over time?
I’ve definitely found a stillness with him. The less you “do” the stronger he is. With the rest of the cast dancing their butts off, Billy’s stillness is his strength.


3. You have the most incredible voice. How do you care for it? What do you do to keep it at that level?
First of all, THANK YOU! Honestly, up until a few years ago I didn’t have much of a technique or plan for maintaining my voice, and I started to find it wasn’t as easy to just start singing before a show without warming up, or if I stayed up too late and had a few too many cocktails it made it harder to sing the next day, which never really bothered me before. I started taking voice lesson/vocal technique with an incredible teacher named Alexander Kariotis. He’s help me strengthen my voice and find more depth than I knew how to access before. He’s also given me warmups and vocal exercises that I do on my own to keep my voice strong when I’m not doing a show and to keep my voice healthy when I’m doing concerts or 8 shows a week.


4. Who were the voices you idolized and sang along with growing up?
I had a real mix of influences growing up. I learned a ton of American songbooks songs through my family. We would sing around the piano together during the holidays. I didn’t know who wrote the songs or who sang them, or that they were from musicals. I just knew they were fun to sing and we would all harmonize to them. Then, being from northern Alberta, I got HUGE into country music and sang that at local talent shows and my town’s local theatre. Also, in high school, I was in an a cappella group so I also was singing a mix of old barbershop song and R&B songs—a lot of Boyz II Men! It wasn’t until I was in college studying acting and musical theater that I started to learn about musicals and who wrote them and who sang the songs. I didn’t even know who someone like Sondheim was until I got to college so that’s when my musical theater education and love of singing it began. But really my go-tos still are Frank Sinatra, Tony Bennett, Sammy Davis Jr., and Ella Fitzgerald. Those soothing voices that have an effortless feel to them but still have strength and power.


5. What was the first musical you really loved and connected with? When was that? How did it happen?
I grew up in a smallish town called Sherwood Park, Alberta. I really had no introduction to the arts. My youth was mainly sports driven. Hockey in the winter, baseball in the summer. So, the first musical I saw is when I was probably 15. It was the tour of The Phantom of the Opera and I loved it. I had never seen a set like that, or costumes like that, or heard voices like that live. So, it was the first time I remember having that feeling of excitement when I imagined doing it myself. Then, after college myself and two friends took a trip to Vancouver. While we were there we got cheap tickets to see the tour of Ragtime. We were in the front row and it blew me away. It’s by far the most influential show I’ve seen that solidified my desire to do this for a living.

This is the show that made me want to be a performer. I saw the tour in Vancouver 20 years ago and it still makes the hair stand up on my arms when I hear these songs. I’m so happy to be doing it now. #tuts #ragtimethemusical


6. What was it like working on the two high-profile productions of Passion? Did you have much time with Sondheim? Did he offer any advice about Giorgio or the show?
It is definitely a highlight of my career so far. That show was a real blessing. Getting the chance to work with director John Doyle was the best education I’ve gotten. It was an acting class each day. I did get the chance to work with Sondheim a little bit. He would pop into rehearsals now and then and came to see the show a few times during the run. One day I got an email from him and I was so excited, and when I opened it, it was a note about a part of my character that was slipping a bit, a part of Giorgio that I had started to lose from the last time he saw the show. He said something along the lines that Giorgio has to have a slow journey into madness. And not to get to overwrought with Fosca too soon. Remember to try and keep that anger under wraps, like a pressure cooker. Let it simmer. So that when I do finally blow, it’s more shocking and tragic. It was such a great note and I so appreciated him letting me know. It definitely strengthened my performance. Sondheim also came to the production is Paris and was so kind and complimentary. I feel very blessed to have gotten to work with such a legend.


7. You’ve done so much here, abroad, regionally. For you, what has been the artistic highlight of your career so far? What made that production special for you?
Well, getting to come back to Chicago is a real joy. I love getting the chance to play a character more than once and find new things or new ways to play things. Also, whenever Walter Bobby comes to watch the show, the notes that he gives are clear and concise. He’s really helped me find the stillness and strength of Billy that I mentioned before. But I do think that my first run of Passion is really an artistic highlight. It was a mentally exhausting show to do but so rewarding every night. Passion was created so that there is no applause during the whole show. So, audiences don’t get to clap until the end. I remember one night Sondheim came backstage and he had tears in his eyes and he said that during the entire show, not one person coughed, rustled or opened a candy. That means they were completely wrapped up in what was happening on stage. He said it was one of the most rewarding things he’s ever felt. That really stuck with me. And he was right, getting to perform in a show that so captivated people is something I’ll never forget.