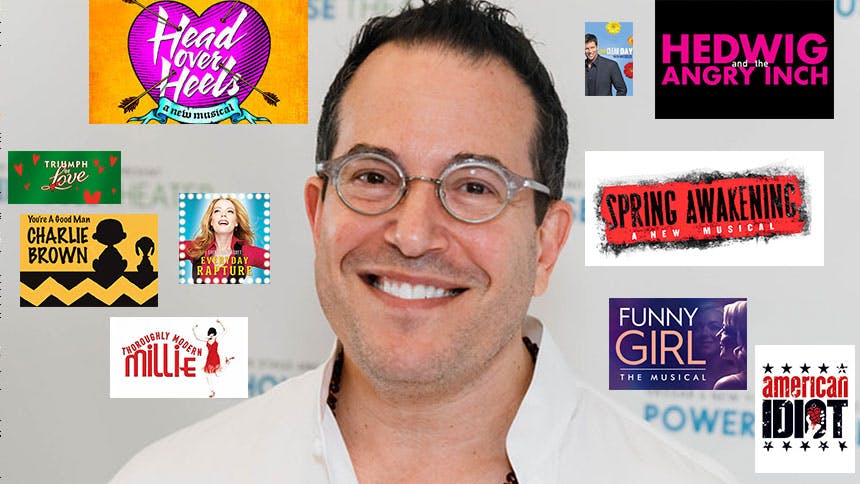 
Mayer's musical directing career on Broadway is punctuated with Tony-winning Best Musicals and Best Revivals and star-is-born performances from relative unknowns like Sutton Foster, Kristin Chenoweth, Jessie Mueller, and Jonathan Groff (chances are future iterations of this list will include Head Over Heels standout Bonnie Milligan as well). Scroll on as we take a YouTube dive into the musicals of Michael Mayer.

The short-lived musical earned Betty Buckley a 1998 Tony nomination and featured a supporting cast that would all go on to become Tony winners or Tony nominees (plus Oscar winner F. Murray Abraham).

The Green Day musical was nominated for Best Musical in 2010 and won Tony Awards for Best Scenic and Lighting Design. It should probably return to New York at New World Stages and be super topical about the current administration.

The short-lived revival of On a Clear Day is remembered best by Broadway fans as the breakout, Tony-nominated debut of Chicago actress (and future Tony winner) Jessie Mueller.

Wrapping up with a spotlight on Michael Mayer's off-Broadway superhero musical Brooklynite, his opera for the Met Rigoletto, and his West End revival of Funny Girl.