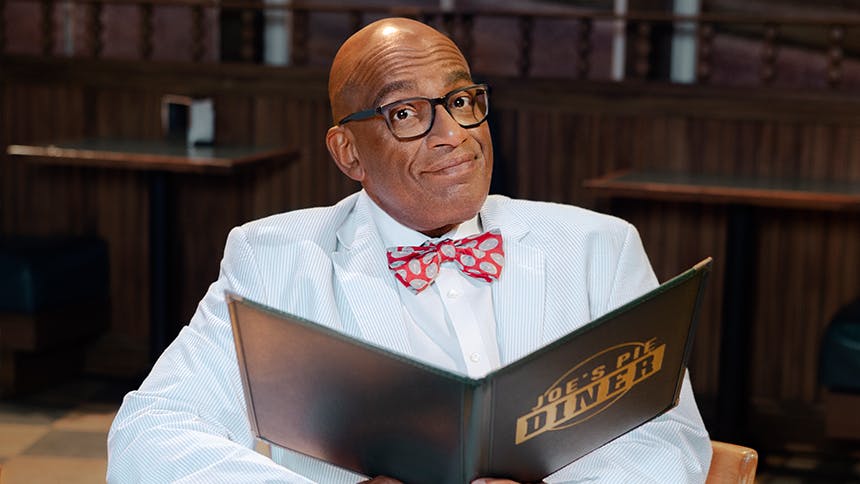 
BroadwayBox caught up with the beloved weather forecaster, TV journalist, and author to discuss his leap to Broadway, how his mother and his daughter helped lead his way to the stage, his Broadway hero, and more.

1. What was it about the story of Waitress and the character of Joe that convinced you to make your Broadway debut?
They asked! [Laughs] It’s not like everyone is clamoring to get Al Roker in their show. I’m sure they were convinced by the fact that the character’s name is Old Joe. But really, it wasn’t anything that was on my to-do list but a very nice guy named William Shatner once told me (when I asked about the secret to his longevity and success), “I always say yes.” My daughter, who was a theatre major at LaGuardia Performing Arts, was really excited about this. She said, “Dad you can do this! This will be great. How can you say no?” So I thought, why not?

2. What was the first Broadway show you really loved and connected to as an audience member?
The only time I ever thought I would ever want to be on Broadway was when my mom took me to see A Funny Thing Happened on the Way to the Forum. It was the first Broadway show I ever saw. I remember being entranced by Zero Mostel. He was almost like my hero. He was funny and he had a great voice.

3. Have you received any helpful advice so far about making your debut?
I’ve had limited contact with people who are actually in the Broadway world other than my voice coach, Derek Rosenblatt—this guy is terrific! The best advice he’s given me is just to have fun. Look I’m not doing Othello or Macbeth; it’s a fun show [Waitress] so why not have some fun?!

4. Making your Broadway debut could be terrifying. What’s been the scariest thing you’ve done in your career before this?
I think the first time I was on television as a weatherman. I had just finished my sophomore year of college and it was my first time on TV, and I was just petrified. But it was one of those things that you did it and that was that.

5. What’s something you have to have in your Broadway dressing room?
A picture of my family and a picture of my mom and dad. My mom was just a huge Broadway musical fan. Growing up, I must have heard the soundtrack to Oklahoma!, Carousel, My Fair Lady, and Carmen Jones a thousand times. She’s no longer with us, but I will be thinking of her when this happens.