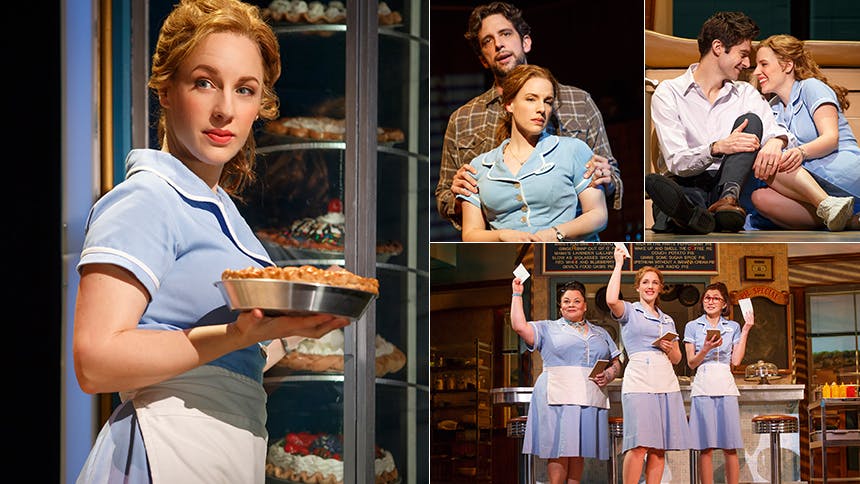 Tony Award winner Jessie Mueller received her third Tony nomination this season for her impressive and moving star turn as Jenna, a mother-to-be who escapes the awful realities of her life by losing herself in her wonderful pie creations, in the Tony-nominated Best Musical Waitress. BroadwayBox caught up with the B'way headliner to find out about creating one of this season's most talked about showstoppers, her post-show routine, and her TV obsessions.

1. “She Used to Be Mine” is one of this season’s most epic moments. What was your process for discovering that song and creating the scene?
It's on-going! The song is so beautifully crafted, that I've learned I need to just let it unfold. It comes so seamlessly out of the scene that proceeds it. Nick Cordero is an awesome scene partner, and we did a lot of work trying to make sure the moments were honest and earned and really layered.

2. What do you do at the theatre pre-show to get into Jenna’s headspace and how do you leave her behind at the end of the night?
It's different every day. I usually do a quick stretching routine to make sure my headspace and body are ready, but the show is really well-structured. I get to jump on the train and ride it. And I've been living with it for awhile now. That always helps. It's easier to slip in and out. Often at the end of the night, I just lie on the floor for awhile to decompress.

3. Where do you keep your Tony Award?
On a shelf in my office.

4. What TV show are you all about right now?
The Family, Happy Valley and Fixer Upper! Chip and Joanna, PLEASE design my home someday.

5. Last time we spoke, you mentioned Funny Girl was the dream, and now Michael Mayer of all people has this big production. Has the dream morphed into reuniting and leading his production when/if it debuts in NYC?
I would love to work with Michael again. And I hear things are going brilliantly in London. But we haven't spoken about it, actually! I've been in the kitchen, baking pies...