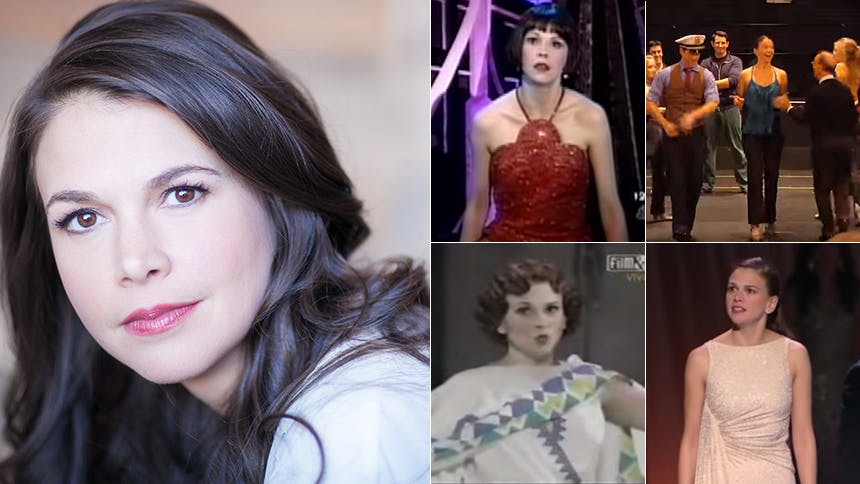 Hey Queens residents, that gorgeous sound you hear on the evening of August 6 is two-time Tony Award winner Sutton Foster. The TV and stage star is the inaugural headliner for the New York Pops’ summer concert series at Forest Hills Stadium. Foster, joined by former co-stars Colin Donnell and Megan McGinnis, will perform a variety of classic and contemporary Broadway numbers, as well as a selection of her favorite tunes. 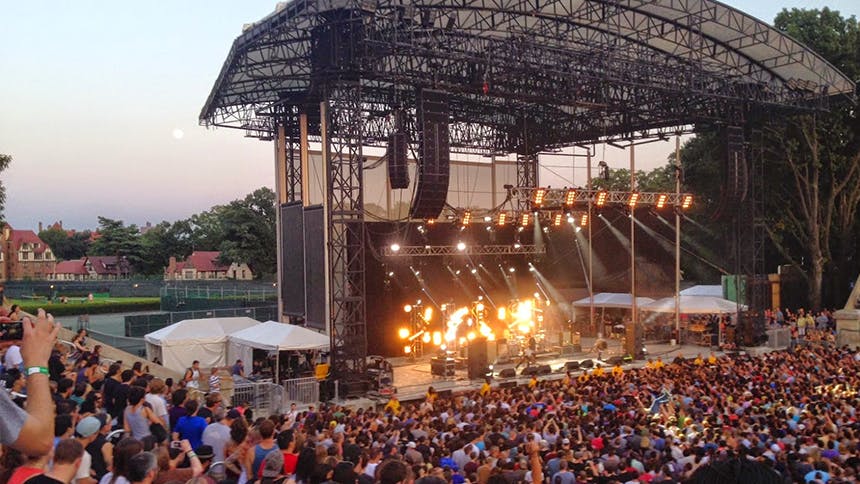 And since Sutton is going to be performing the fan faves at the concert, what better time to talk to her about the YouTube videos of hers that fans are truly obsessed with? Below, the Younger star looks back and reacts to six beloved videos from her past.


You know what’s crazy? We did that during previews, and honestly my voice was so fried that I couldn’t even get through the sound check of the song. I didn't have the technique or stamina yet for eight-shows-a-week—I was so green and so new. I remember my voice teacher Joan Lader warmed me up on the phone before because I couldn't hit any of the big notes during sound check. I thought, ‘This is going to be a disaster. I’m going to be flat on national television.’ And everyone was there: Steven Unger, my first agent in New York, Rob Ashford, Michael Mayer. But Joan warmed me up over the phone—and she’s the best there is—and she was able to get me there. I look back on it and there was so much fear. That was a big, old fingers-crossed, please-dear-god, clenched-ass-to-get-me-through-it moment. It’s amazing people talk about it all the time and I’m like, ‘You have no idea!’


This is so funny, again I was coming off a really bad cold, and I was so scared shitless already about playing Reno. I was on levaquin, this antibiotic that sometimes causes leg aches and leg pains—I don't take it anymore because of this day. So I was coming off bronchitis, and the very the first time I had every sung ‘Anything Goes’ and hit the high note without cracking on it was that press rehearsal when everyone had their video camera on it. I remember after the tap dance, I had massive leg cramps; so I had to go around talking to the press and I was hobbling and I had to take my shoes off. I thought I was falling apart. People talk to me more about that video than any other video.

I remember when Kathleen Marshall started teaching it to us the little girl in me said, ‘My god, this is what I dreamed of my entire life. This is what I love about musical theatre.’ That day was the first time we put it up, and I think there’s something exciting about the first time you do something before anyone has any opinions on it—it’s really pure. So that rehearsal video is incredibly pure. We don't really know what we are doing and there’s an essence of joy and naiveté of what that number would be or what we were about to embark on. We were all just trying not to f up.


Rob Ashford put that number together and he was like, ‘Sutton, ok you’re going to be between Patti and Glenn.’ And I thought, ‘What? How did this happen?’ It’s sort of beyond. That Kennedy Center Honors was really cool because I took my brother [Tony nominee Hunter Foster] as my date, and before you go to the show President Obama and Michelle host you at the White House. It’s all decked out for Christmas, and all the honorees come in and the President talks about each honoree. I’m here in this room with him and my brother and I’m like, ‘How the hell did we get here?’ It’s one of my greatest moments of my life: me and my brother in the White House 10 feet away from the President of the United States. These two hicks from nowhere. It’s just incredible. It’s just such an honor.


It was really just a lot of fun. There was no drama behind it; I felt healthy. It was cool for me to play a character that wasn't all razzle dazzle and sequins and dancing. It was just stand and sing and she had some gravitas to her; it's the first time I had done something like that in New York. It was really nice. And Josh Groban and I are still friends, and I’m Julia’s [Murney] biggest fan. It was a really cool experience.

"Down with Love" on The Late Late Show with Craig Ferguson, 2012


I love Craig Ferguson. I was able to be on his show three times, and I had never done a talk show like that. When he asked me to sing on there I was like, 'What?!' And what was cool was that we were their first musical guest on the show; they had just gotten a new stage. So when we got there I said, 'I'll sing 'Down with Love', and a producer said, 'I was looking at your album and you also have this song called 'The Late Late Show' and I do. So they asked us to sing 'Down with Love' and 'The Late Late Show' and they aired both of them. It was cool, and it was the only time singing on a nighttime talk show as myself.

"Show Off", The Drowsy Chaperone on the 2006 Tony Awards


What was so great about Drowsy is that it was such an ensemble show. It was one of the reasons I fell in love with it. After Millie and Little Women—which were two pieces where I felt the weight of the show on my shoulder—I was looking for something that felt more ensemble, and to this day, it’s one of my favorite things I’ve ever done. ‘Show Off’ turned out really great—it’s one of my favorite Tony performances—but we did have a crazy thing that happened. All of the Tony performances are done to an orchestra track and the conductor of our show conducts us from a big monitor in Radio City. Some of ‘Show Off’ is done without music, and if you watch it you’ll see the music comes in before I hit the note, because the conductor monitor was black. We did the whole number without a conductor at all. That number has a lot of components that can go wrong, and we just did it all by crossing our fingers.