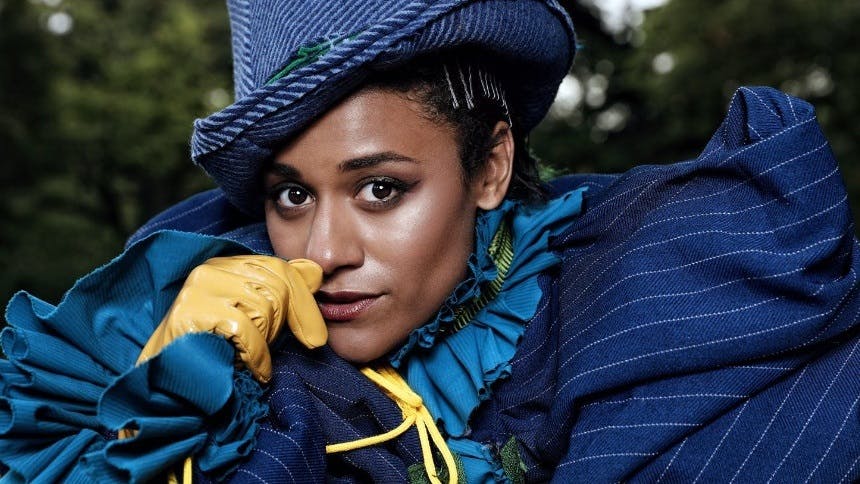 We are longtime fans of the brilliant Ariana DeBose from her Broadway debut as Nautica in Bring it On. Ari has appeared on Broadway in a variety of musicals from Motown The Musical to the revival of Pippin and of course her legendary run as the original bullet in Hamilton.


An even greater audience witnessed her dynamic performance as Alyssa Greene in the recent Netflix adaptation of the musical The Prom opposite some of Hollywood's brightest stars James Corden, Keegan-Michael Key, Nicole Kidman, Andrew Rannells, Meryl Streep and Kerry Washington.

Next up for Ariana is the thrilling, legendary role of Anita in the upcoming Steven Spielberg remake of West Side Story.

We here at BroadwayBox are also so grateful Ariana appeared as our Scarecrow in our Broadway Celebrates Oz series in celebration of the 80th anniversary of The Wizard of Oz's film release in 2019.


In celebration of this fantastic star, enjoy 7 pop and musical theatre numbers by Ariana DeBose. We cannot wait to see the magic you grace audiences with next!

"The Lady Is A Vamp" by the Spice Girls


"Shadowland" from The Lion King


"Down In New Orleans" from The Princess And The Frog


"What You Don't Know About Women" from City Of Angels