Hot Clip of the Day: Any Riff Will Do With The OBC of Joseph... When Laurie Beechman Is Around! 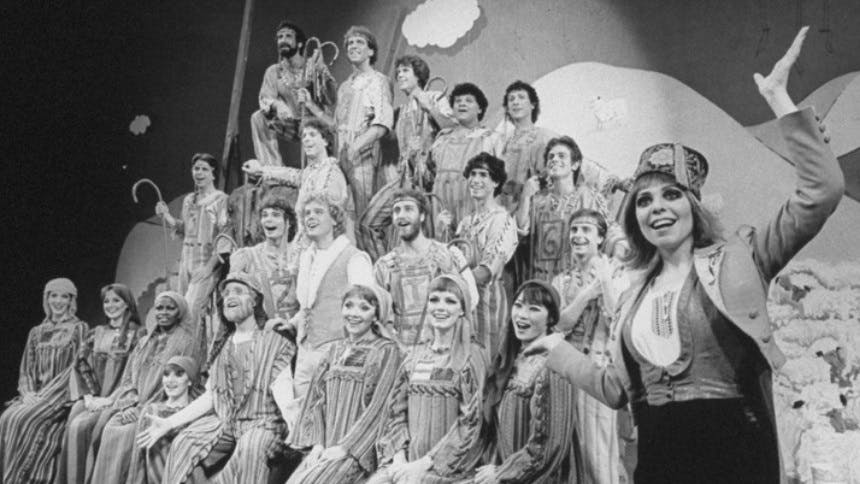 
Ulterior Motives: It may be the 39th anniversary of the original Broadway production of Andrew Lloyd Webber colorful musical Joseph And The Amazing Technicolor Dreamcoat (40th Anniversary revival please!) but we need to talk about Laurie Beechman. It is taking everything in our power to not go on a spiral of the late golden voiced Broadway belter who stunned audiences in Joseph... as the Narrator but also sealed her fate in Broadway superstar legacy as the original Star-To-Be in Annie (come on!) and as a stunning Grizabella in Cats.

Ultimate 🙌 🙌 moment: This medley proves that the original Broadway cast was not into performing only one number on any television broadcast. We were set that our ultimate moment was going to be at 2:17 with the unusually uptempo and high energy a capella "Pharaoh Story" with a whole lot of clapping capped with a fab riff from 2:27 - 2:33. Then Laurie came back and sang the song at the regular tempo 15 seconds later with 20 seconds of bonkers amazing singing 3:01 - 3:21. However, our ultimate moment is so quick you'll miss it if you don't listen carefully. What's a performance of this show if they do not sing all of the colors of Joseph's coat!? Well the way that Ms. Beechman sings the word "mauve" at 4:37 is other worldly. Any riff will do Laurie - any riff will do!