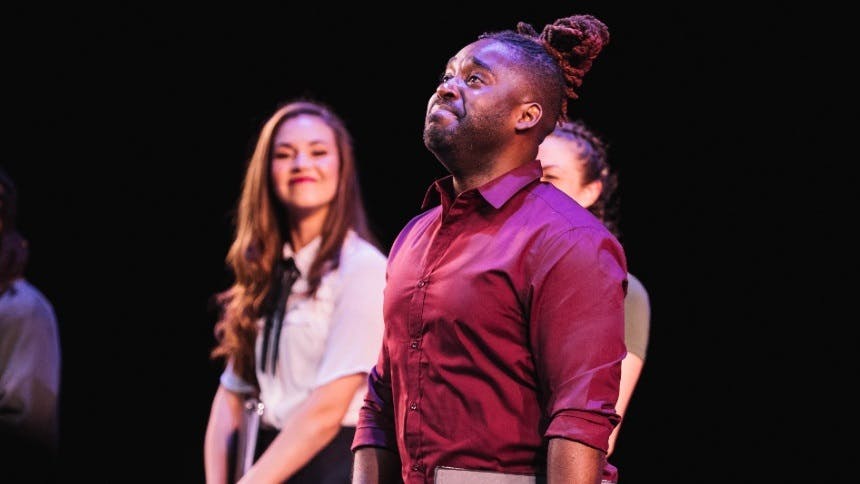 "Flying Home" from Songs For A New World (Mykal Kilgore)


Ulterior Motives: This Songs For A New World performance has been living rent free in our head since we saw it live on the stage of New York City Center in 2018. Mykal Kilgore along with Shoshana Bean, Colin Donnell and Solea Pfeiffer starred in a captivating production of the Jason Robert Brown penned show as part of Encores! Off-Center directed by Kate Whoriskey. If you're like us, you wore out your 1997 CD of the original Off-Broadway production. To see this brand new staging with the addition of such talented dancers performing choreography by Rennie Harris live with such dynamic musical theatre names we know and love was such a thrill.

Ultimate 🙌 🙌 moment: Mykal. Kilgore. We are absolutely obsessed with his performance of "Didn't We Almost Have It All" from Broadway Sings Whitney Houston. His voice is spectacular. Absolutely spectacular. Our ultimate moment is at 0:35 - 0:52. The effortless way that he holds that gorgeous note ending it with a riff. It was a goosebump inducing moment live in the theatre, on their new cast album and again in this clip. What a performer!

Newer
Black History Month Dreamcast: An All-Black Revival of Next To Normal
Older
Hot Clip of the Day: "Wotta Night!" Carrie's Journey To Broadway Chronicled in Bingeworthy Pod "Out For Blood"