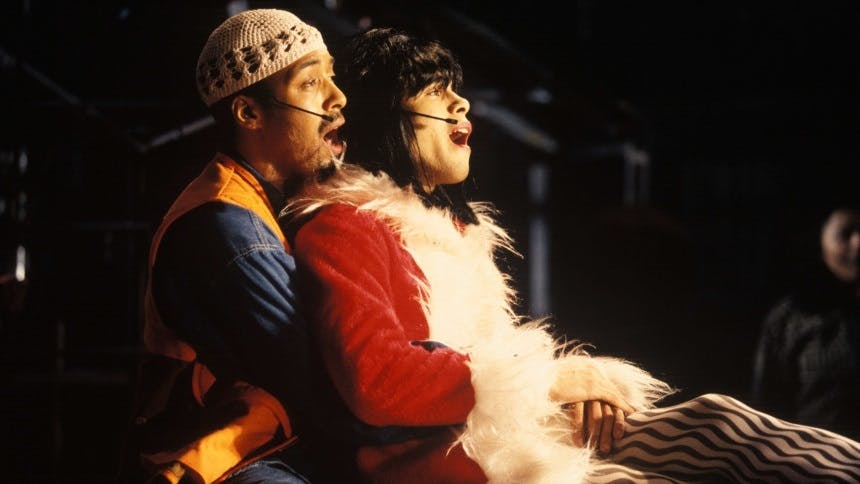 
Ulterior Motives: It's the furthest thing from just "Another Day." This morning, New York Theatre Workshop on the monumental 25th Anniversary of Rent's first performance Off-Broadway announced a gala that has us "Over The Moon." Mark your calendars for Tuesday, March 2nd at 8pm EST. A virtual Gala will be held titled 25 YEARS OF RENT: MEASURED IN LOVE. The Tony Award and Pulitzer Prize winning musical written by the late Jonathan Larson was the springboard for so many stars of musical theatre. Many of them will be returning for this legendary fundraising gala (with tickets starting at $25!). Members of the original Off-Broadway and eventual Broadway/film companies will be appearing including Gilles Chiasson, Wilson Jermaine Heredia, Rodney Hicks, Idina Menzel, Aiko Nakasone, Adam Pascal, Anthony Rapp, Daphne Rubin-Vega, and Byron Utley. Broadway mainstays like Annaleigh Ashford, Brandon Victor Dixon, Lin-Manuel Miranda, and more will also be appearing or performing. For a full lineup, please visit New York Theatre Workshop's page. Aside from performances from Jonathan Larson's remarkable score, stories of Rent's origins and Larson's impact will also be shared.

Ultimate 🙌 🙌 moment: We got goosebumps hearing Wilson Jermaine Heredia share his moving account learning of Jonathan's passing and the electricity of that first preview that still went on January 25, 1996. Our ultimate moment was the story at 2:05 about his instinctual inspiration in the middle of "La Vie Boheme," Rent's thrilling Act One finale. Get ready for goosebumps at 3:27.