Hot Clip of the Day: She's There The Chandelier of (The Phantom of) the Opera 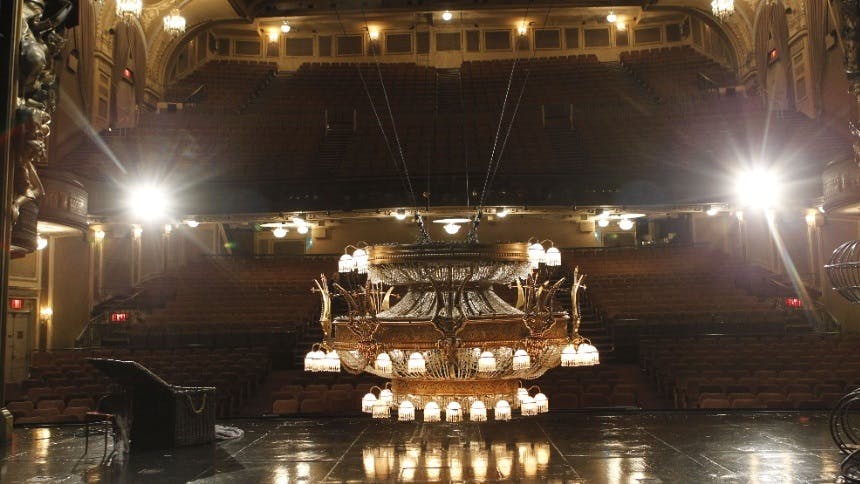 'The Chandelier' - Phantom by the Numbers (The Phantom of the Opera)


Ulterior Motives: It may not have a soaring soprano voice like Christine. It might not be dashing and debonair like Raoul. And it certainly might not be mysterious and captivating like The Phantom himself. One thing is for sure. The infamous Chandelier is just as important a character in the Broadway musical celebrating its 33rd anniversary of opening night, The Phantom of the Opera. Premiering January 26, 1988 at its current home at Broadway's Majestic Theatre, Michael Crawford and Sarah Brightman led the company of what would become the current longest running show in Broadway history. In our Hot Clip of the Day, we shine a light on the 1500 pound light itself!

Ultimate 🙌 🙌 moment: Who knew that the chandelier was a lady! Our ultimate moment is at 1:22 where we are formally introduced to Ruthie! The story behind the name is fabulous (P.S. Cheers to your continued work Broadway Cares/Equity Fights AIDS)

Newer
Hot Clip of the Day: Any Riff Will Do With The OBC of Joseph... When Laurie Beechman Is Around!
Older
Seven Spectacular Ariana DeBose Pop and Musical Theatre Moments