Tony Award Winner Casey Nicholaw Takes on Seven Questions About Directing The Prom, Beth Leavel, Dreamgirls, & His Upcoming Some Like It Hot Musical 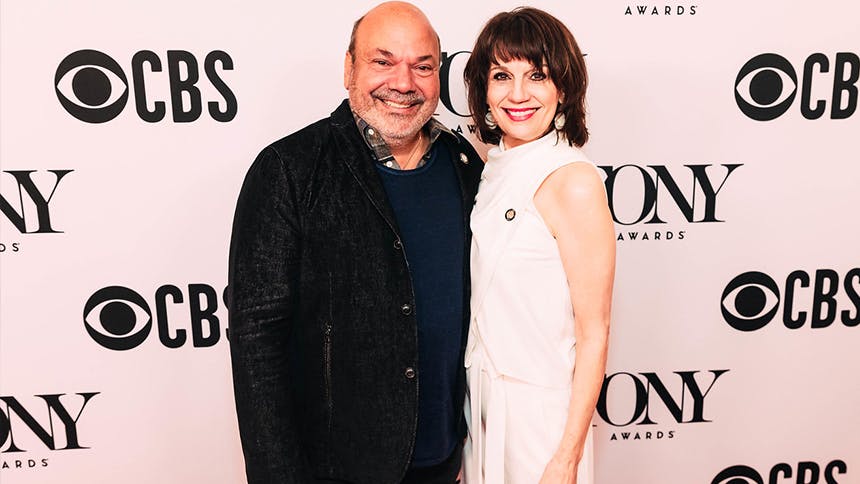 . An 11-time Tony nominee, Casey is once again nominated for Best Direction of a Musical for his work on The Prom, a category he won in 2011 for The Book of Mormon. BroadwayBox caught up with Casey to hear from him about finding the right tone for The Prom, why he loves working with Beth Leavel, and the musical that changed his life.

1. What was your biggest challenge in directing The Prom and how did you overcome it?
It was a completely original idea, so we didn't know where we were going when we first started it, but that was the fun part. I think the most challenging thing that happened was trying to figure out the tone of the show. It was very musical theatre-heavy when we started, and it sort of minimized the effect the theatre people had on the town. So, what we had to do was figure out how to make the town more grounded. That's how we solved it. We basically have a musical comedy influence invading the Indiana town as opposed to having the whole show feel like just musical comedy.

2. This is your fourth musical directing Tony winner and 2019 nominee Beth Leavel. What inspires or excites you about her as a director?
Oh my god, everything! She's the performer I've worked with more than anybody. This is, I think, maybe our sixth or seventh show together, including performing in two shows with her when I was a performer. To me, she is the epitome of musical theatre. Beth is someone who is completely truthful yet heightened, so that she can go places because she's so grounded—as opposed to just being out there and chewing scenery—everything comes from a real place.
Do you remember your first impression of her? What was it during Broadway’s Crazy for You in ‘92?
It wasn’t. We actually did a production of Show Boat in North Carolina. I just loved her because she was such a real person and so down to earth but also just kind of wacky and joyful in the same way I was. We both had such a good time in Crazy for You, and we just got to be really good friends. Then we ended up living close to each other in Teaneck, New Jersey for a long time.


3. How did you experience dancing in eight Broadway shows influence how you work as a choreographer and director?
Out of the eight, I was an original company member for seven, so I was able to watch how it's all done. I think I'm more aware of what an ensemble member goes through and how important they are to the show and to the energy of the show. And also, I don't think I [choreograph] things that are so crazy that people can't do that eight times a week, because I know what it's like to be there.


4. What was an informative piece of theatre for you coming up? Was there a production that really rocked your world as an audience member?
It was A Chorus Line. I was in 10th grade maybe. It blew me away—just the fact that there was a gay character in it or the fact that they all seemed so adult and here I was this kid that was looking for an outlet. We didn't come from any money at all, and my mom had saved up money to buy two tickets and drove me and a friend up to see A Chorus Line in LA because she knew I would like it. She bought me the cassette tape so I'd be familiar with it ahead of time, and drove us up. We were in the last row of the top balcony. It was just me and my friend—my mom didn't even come in with us—and it changed my life, it really did.

5. You have not directed a revival yet on Broadway. Is there a dream project you’d like to bring to Broadway? Is it your Olivier-nominated Dreamgirls?
It is Dreamgirls for me. That's my dream project to come to Broadway. I pray it does. I'm just waiting to find out if it's going to happen or not. I think they're looking for the right theatre and the right time. We’re not pushing things too quickly, even though we're all ready for it. My other dream project (actually two of them), I ended up doing at Encores!, which was Follies and Most Happy Fella.


6. You’re working on a new musical adaptation of Some Like It Hot. What will you look for in a Sugar? What has your previous experience with Mean Girls, Elf, and Aladdin taught you about finding the right person to bring an iconic film character to life onstage?
I just want people that I respond to when they walk in a room. We don't really have preconceived notions of what we want these people to be like. You just have to find someone who has the spirit of it but who is going to make it their own. When you're doing an original show, you want people you can create on. You want them to seem game; you want them to feel like they're not set in what they want to do. We're not looking for a Marilyn Monroe type at all. Because then you're trapped with someone trying to do that or be that. We're going to go away from that. We’re telling our own version of it.


7. Where do you keep your Tony Award?
It's just on a shelf in my office. No spotlight on it or anything but it's there. I get to see it every day if look up.