Tony Nominee Scott Ellis Talks Bringing Tootsie & Kiss Me, Kate to 2019, Star Casting, His Upcoming Take Me Out Revival, and Making the Leap from Actor to Director 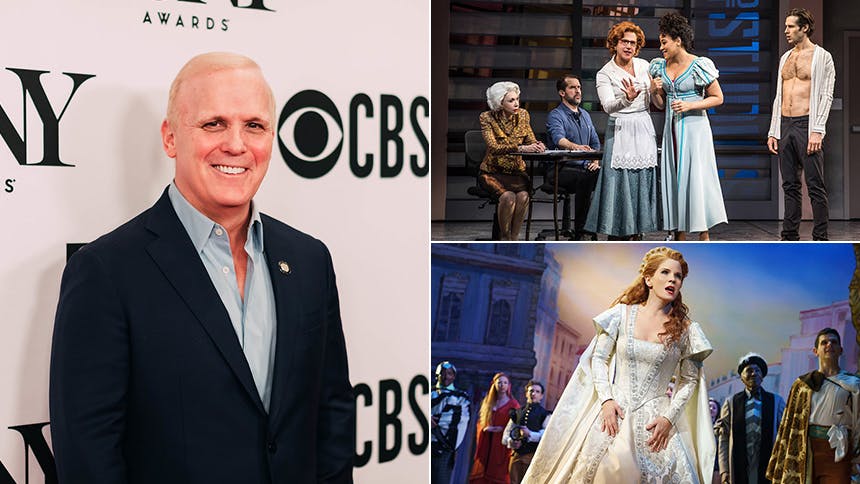 and the musical adaptation of Tootsie. For his work on Tootsie, Scott received his ninth Tony Award nomination. BroadwayBox caught up with Scott, who also serves as Associate Artistic Director for Roundabout Theatre Company, to discuss his work on bringing these two musicals into the cultural landscape of 2019, the importance of star casting, and how Kander & Ebb helped him make the jump from actor to director.


1. A huge chunk of the director’s job is casting. What do you look for when you’re casting? How did you go about casting a role like Dorothy Michaels in Tootsie?
I look for actors who I like, who are smart, and who I can feel like there's a really good collaboration with. I don't mind actors challenging me because I can challenge them. With Santino [Fontana], we had not worked together, but he had asked me to come up to New York Stage and Film to do a project with him the year before. It was just a great collaboration for those two weeks—we had a good time and when we laughed, which is very important. So, when Tootsie came up, and I read that script, that was it; I just said, "I've just got to do it with that actor," because I just thought he would be able to pull both of those things off. Honestly, you just go with an instinct most of the time with casting. A lot of it is, "Can I be in a room with this person?" Because the exploring part is such an important part of the process.


2. What was your biggest challenge in directing Tootsie and how did you overcome it?
I've been offered shows—movies that want to go straight to stage—and it's always the same question of why do it if you're not going look at it differently or bring it up to date? Just go rent the movie. So, it was an immediate challenge, and one that I didn’t jump into right away, I just thought, "I don't think this is a good idea." But when I talked to Robert [Horn] and David [Yazbek], it was clear the three of us were on the same page as far as saying, “Obviously, let's not do the movie—that's not going to happen—and let's see if we can bring it back down to brick and mortar and rebuild the story in a way that's going to speak to us today.” Why not really toss it around a bit? There's a lot more complications than there were [in 1982 when Tootsie was released]. Our society has changed, and that's great. We were constantly asking questions and saying, "How do we look at this? How do we tell the story this time?" Maybe this would not have been the same show if it was ten years ago because we weren’t asking ourselves these questions. It was a big challenge because we wanted to be respectful to the relationship and to a woman's point of view. We wanted it to be equal.


3. What was your goal in staging Kiss Me Kate in 2019? What did you want to bring to that classic piece?
There are similar challenges there. Of course, the main challenge with that was it's a tricky piece to do now because of how it deals with Kate. My whole thing was, “how do we balance this off?” My first action was to bring Amanda Green in, because I wanted a woman's voice, and I love her. Let's start with that.

Then I knew the bookends of what I wanted to do—how I was going to open the show and how I wanted to end the show—and I said to the estate that I wanted to reverse it and go back and finish with Lilli and Fred, and not with Petruchio and Kate. I wanted to see how this whole experience will change that relationship, and that felt modern to me.

Now this circles back to casting and why it's so important. I'm not sure it would have been as successful had Kelli O’Hara not been in it, because she was adamant that this would not represented as a shrew. And we agreed on this. We wanted Kate and Lilli to be the smartest person in the room. That's what we focused on. A perfect example is how "I Hate Men" is done. It's usually where she's in a tantrum and she's throwing stuff, and it was just not going to be that way. Kelli had a point of view. She said, "I just don't want to do that. Look, I have a reason to feel this way. I'm being told what to do in this period of time. I feel like I'm being controlled by a man." It was her way of looking at it and just simply saying, "I hate men, and let me just tell you why I hate men. Because they do this, this, this and this." It was a great way to approach it. And that's all she needed to do.

In Shrew, Petruchio pulls out a whip. And I said, "Well, that's not going to happen! You know what? Let's give her the whip. I want her to take whip." We were constantly looking at how to balance it out and in a sense that felt fresher. It felt like, this is a story we can listen to.


4. How is your approach different directing a commercial run of a new musical like Tootsie verses a big Roundabout Theatre Company revival like She Loves Me, On the Twentieth Century, or Kiss Me, Kate?
A new musical is hard. It's a very, very long process of trial and error. That's what it is. We worked on Tootsie for three years. The script that I was given is nowhere near the script we ended up with. It’s constantly evolving and changing. So, we look at a much larger picture; where with a revival the bones of your storytelling, for the most part, they've worked that out. So now you have the luxury, and the challenge, of looking at it and going, “How are we going to do this for people to look at it with fresh eyes?”

With a new piece like Tootsie, it was always, "Is the story making sense? Is the audience still with us?" You don't really have that challenge for a Kiss Me, Kate or On the Twentieth Century. Your challenge is how do I find where it is still speaking to audiences today, and what will be my take on telling that story?


5. What excites you most about your upcoming revival of Take Me Out?
It's interesting because what surprised me while we were exploring it was, sadly, not a lot has changed—there is no out baseball player. Racism and homophobia are things that are being discussed and looked at, and we’re in a worse position with what's going on in the United States. So, it even feels more important to do. Very much like Kate, I felt this is something people should see again. It's a really strong story that still speaks to us today. Sadly, we're not going to look at it like, "Oh, those were the days that that happened. I'm so glad we're away from that." If anything, in America, we haven't moved enough from what that play is saying. Richard [Greenberg] and I looked at each other, and we said, "Are we going to change anything in this piece?" And we're like, "Nope, we're not going to touch a word."

6. What were the nine years like between when you last appeared as an actor on Broadway in The Rink and returning to Broadway as a director of with She Loves Me?
It all started with The Rink. During The Rink, I had approached Kander and Ebb about doing Flora the Red Menace at the Vineyard Theatre. My interest in directing was always there, but I made an opportunity happen with Kander and Ebb’s support. So, Susan Stroman, David Thompson and myself went to Vineyard and got Flora the Red Menace up, and it was successful. I then went back to acting for another year but I still really loved the directing part of it, so I decided I was going to now pursue that a little more. And again, because of the joy we have for Flora the Red Menace and our love for Kander and Ebb, And the World Goes ‘Round happened. We approached them and said, “We would like to do something else after Flora.” And the World Goes ‘Round was born by that desire. So we went and worked on that for several years, and when that opened up Todd Haimes saw it and invited me in for a meeting, and that’s when I pitched She Loves Me.


7. Do you have a dream Roundabout project?
Todd [Haimes] is always asking me what I want to do next. I have a list of things that I want to do. There was one thing but sadly, someone's already gotten the rights for it, so I didn't. I'm always looking, and I’m always looking at people that I like and go, "Oh, is there something that you'd like to do?” I’m obsessed with A Life in the Theatre. I just love that play and what it’s saying. That’s a revival I’d like to do. But again it’s a tricky thing because you have to look for pieces that are right for Roundabout and our subscribers. Then we have to also look for something that either hasn't been done or needs to be revived, so it’s constantly changing.


Check out Scott Ellis' productions of Tootsie at Broadway's Marquis Theatre and Kiss Me, Kate at Studio 54.