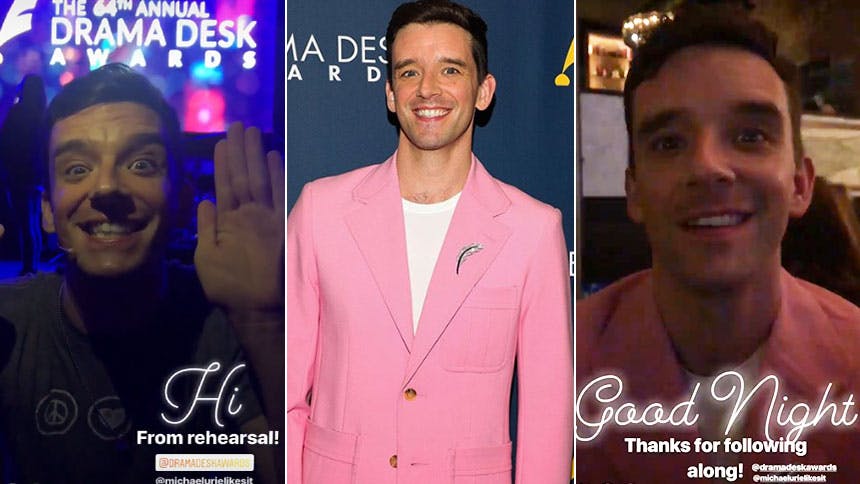 For the fourth consecutive year, Michael Urie played host to the Drama Desk Awards at Town Hall on June 2, 2019. The 64th Annual Awards recognized superior work from the Broadway and off-Broadway season, and this year's winners included The Prom for Outstanding Musical and The Ferryman for Outstanding Play. Michael took over the BroadwayBox Instagram for the day to give followers a look behind the scenes at the prestigious theatre awards ceremony. Check out the hilarious and charming stage and screen star in the video below.