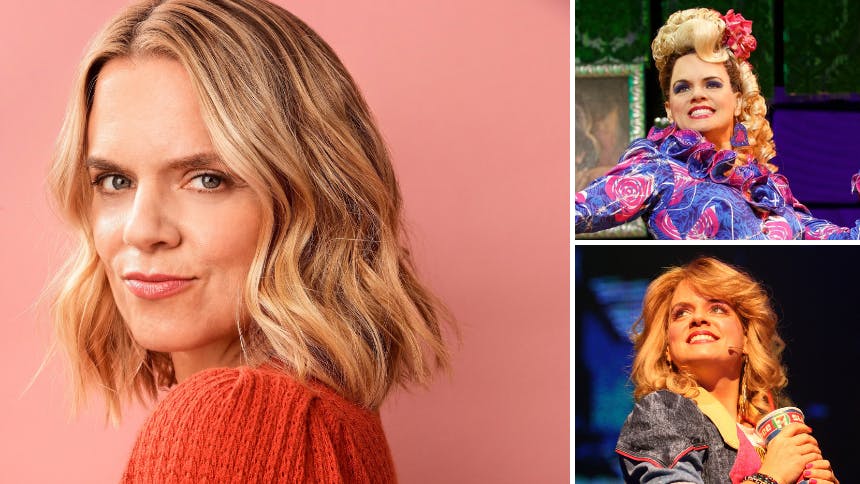 Time to turn up the volume on some fabulous vocals!

Amy Spanger is returning to Broadway's Living Room, Feinstein's 54 Below, this September 19th at 7pm for her brand new solo show Amy Spanger Sings Her Face Off. You had us at hello!

You've sung along hundreds of times with her remarkable "Come To Your Senses" on the original Off-Broadway cast album of tick, tick... BOOM, you've memorized her choreography to "Always True To You" from the spectacular 1999 Kiss Me, Kate revival and now we can see her live this September, joined by her husband Brian Shepard and Chicago vet Lana Gordon, singing musical theatre tunes from Jonathan Larson, Kander & Ebb, Cole Porter and even more! Leading lady Amy has appeared in eight Broadway shows including roles like Roxie in Chicago, Lois Lane/Bianca in Kiss Me, Kate, Mrs. Wormwood in Matilda, Sherrie in Rock Of Ages and Holly in The Wedding Singer.

To properly celebrate Amy Spanger Sings Her Face Off, we asked Amy herself to share her memories of 8 beloved video clips where you will get a marvelous preview of her indeed... singing her face off.


"This was a lightning in a bottle production. I was so grateful I got to sing this brilliant Jonathan Larson song every night."


"Always True To You In My Fashion" (Kiss Me, Kate)


"Unfortunately this cuts out before the big money notes at the end. (I have a vhs of the same video that I keep forgetting to have converted). It was a dream come true to play this role and appear on Rosie."


"I hadn’t played Roxie in ten years and the publicist for Chicago, Jeremy, asked me day one of rehearsal if I'd like to do "Me And My Baby" at Broadway On Broadway and I was thrilled!"


"Never Fall In Love With an Elf" (Elf The Musical)


"Man, I love this tune. Love Matt and Chad for writing it for me."


"Brian and I sang this as the encore of my last solo show at 54 Below. We're singing another romantic duet and, no spoilers, but it's from a musical with a man eating plant."


"I absolutely love this documentary about how I get into character as Mrs. Wormwood from MATILDA. Paul Wontorek from Broadway.com created this series and it is truly brilliant. So grateful he asked me to take part."


"This is from the CBS concert that airs right before the Tony's. It was a thrill to be there with the entire Broadway community that year."


"My mother passed away a few days before I recorded this in my apartment during the pandemic. Really just wanted to sing high and loud to deal with my grief. Planning on singing this in my new solo show at 54 Below."