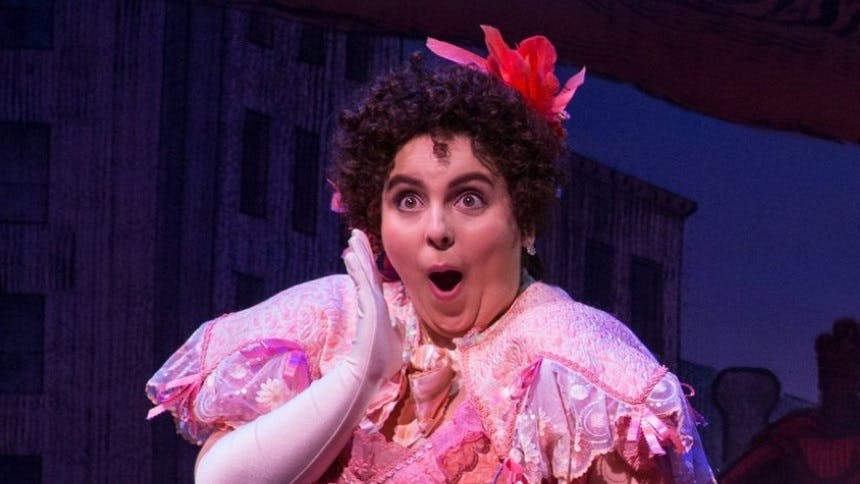 We're the luckiest people in the world!

Beanie Feldstein has been announced to lead the first ever 2022 Broadway revival of Funny Girl, the 1964 Jule Styne and Bob Merrill scored musical originally starring Barbra Streisand. Beanie will be belting legendary musical theatre hits including "Don't Rain On My Parade," "People," and "I'm The Greatest Star" in the musical revival chronicling the rise of Ziegfeld Follies star, film and radio comedienne Fanny Brice.

A trio of Tony Award winners are involved on the creative team, Tony winning director Michael Mayer, Tony winning scenic designer David Zinn and lending his comic expertise to the proceedings, Tony winner Harvey Fierstein who will be revising the book. Ellenore Scott will make her Broadway debut as choreographer after associate choreographing a number of Broadway shows over the past 4 years.

Portraying Fanny Brice marks Beanie's return to Broadway following an ever memorable debut as Minnie Fay in the recent Broadway revival of Hello, Dolly!. Beanie has been astounding audiences on the silver screen in Booksmart, How To Build A Girl and Ladybird to name a few and she will be starring as Monica Lewinsky on the small screen in the forthcoming American Crime Story: Impeachment.

We are marching our band out and joyfully preparing to see her as the greatest star by enjoying five of Beanie's incredible musical theatre performances showcasing her fabulous belt and divine comic timing!


...and because this is so joyful: Destiny's Child's "Say My Name"