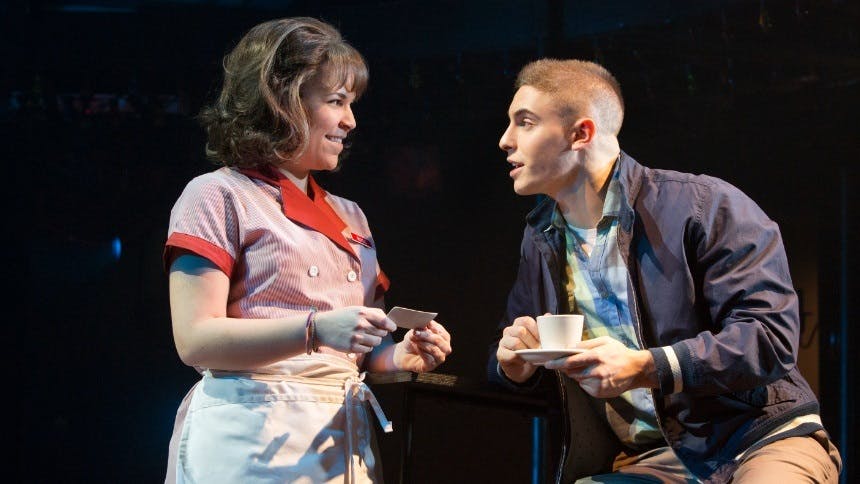 
Ulterior Motives: Happy Birthday to the wonderfully talented Lindsay Mendez who most recently won a Tony Award for her performance as Carrie Pipperidge in the revival of Carousel. Lindsay has made memorable appearances as Elphaba in Wicked, Laura in Significant Other, Jan in Grease, as well as singing the showstopping "Bless the Lord" in Godspell and offering scintillating vocal support for Sherie Rene Scott climbing "up the ladder to the roof" in Everyday Rapture. One of her most acclaimed performances was in Off-Broadway's Pasek & Paul musical Dogfight for which she was honored with a trio of nominations - the Drama Desk, Drama League and Outer Critics Circle as Rose Fenny. You must watch this heartbreaking act one closer from the musical where she returns home from being betrayed by soldier Eddie Birdlace (portrayed by Derek Klena off-Broadway) who had asked her to a party with ill intentions.

Ultimate 🙌 🙌 moment: No one sings a story quite like Lindsay Mendez. Truthful, honest, and beautifully sung. Audiences can't help but be moved by this performance. All the while, Lindsay's character stays optimistic and positive while crying through her sorrow. Our ultimate moment from this quiet performance is 3:38 - 4:03. Lindsay can belt out a number with the best of them but it's so lovely to see her perform this vulnerable Pasek & Paul number.

Newer
Hot Clip of the Day: Dreamy Award-Winning Anyone Directed & Choreographed by James Kinney is A Marvel
Older
Ultimate Collection of The 10 Best Jeremy Jordan Live Performance Videos (We Think So!)