Hot Clip of the Day: Grease's Osnes & Crumm Are The Ones That We Want "Oooh, Oooh, Oooh, Honey!" 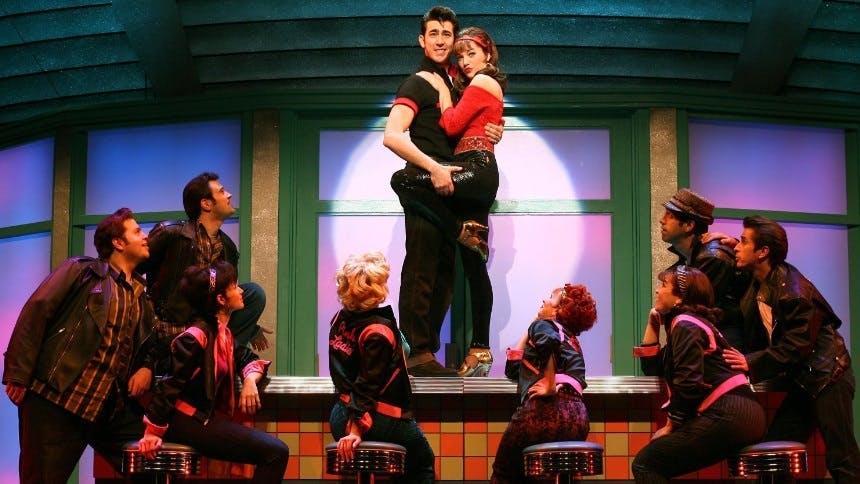 "You're The One That I Want" from Grease (Laura Osnes, Max Crumm and 2007 Broadway Revival Cast)


Ulterior Motives: After gathering in front of televisions from January - March of 2007, audiences of the NBC reality show "Grease: You're The One That I Want" were finally able to see "Small Town Sandy" Laura Osnes and "Slacker Danny" Max Crumm make their Broadway debuts in the Kathleen Marshall helmed 2007 Broadway musical revival of Grease. The revival added popular tunes from the 1978 film starring John Travolta and Olivia Newton-John that didn't appear in the Broadway musical like Frankie Valli's title song of the film "Grease," "Sandy," "Hopelessly Devoted To You" and the number performed here - "You're The One That I Want." Broadway fans will enjoy this throwback of Moulin Rouge's Robyn Hurder as Marty and in her Broadway debut, future Tony winner Lindsay Mendez.

Ultimate 🙌 🙌 moment: This video was such a fun clip to revisit! Max and Laura looked like they were having an absolute ball as Danny and Sandy. Our ultimate moment, the unexpected up the octave lyric by Osnes from 3:12 - 3:20 following up at 4:15 where she just sensibly kicks her face! Sandy not only changed her look, she got some fierce dance lessons! Honorable mention goes to the a capella key change (oh how we love a key change) at 3:55 with the iconic Danny & Sandy hip rolls (that's the choreographic term for it, right?) at 4:04. Grease is the word, friends.