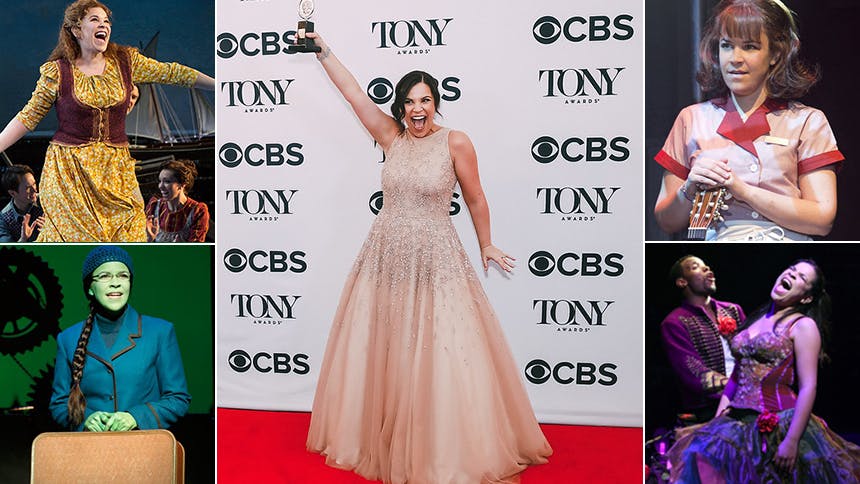 Fresh off her Tony Award-winning star turn as Carrie Pipperidge in the Broadway revival of Carousel, Lindsay Mendez returns to Feinstein’s/54 Below on October 27 & 29 (as well as January 22-26) for an encore engagement of her epic solo show. Just listen to this “Meadowlark” and tell me you can’t clear the calendar.


BroadwayBox caught up with Lindsay for our newest feature called Cracking the Code, in which actors share with us (and future actors playing these roles in schools, tours, etc!) some advice and insight they learned from the characters on their resumes.


She is not afraid to speak her mind and she almost speaks before she thinks. She is bold and she is fun. That friendship with Julie means more to her than anything else. I think in order for it to land, I think she has to really be constantly looking for how to get her friend on the right track—even if that means she has to say things that are hurtful. She can make big statements and go for it with abandon because I think the drive is their bond.


I think Rose lives in a place of fear. I think this date she goes on is what opens her up, and while she learns that there’s a ton of bad, she also realizes that she can have more and be more. I think you have to not be afraid to be vulnerable. I think you can find the joy in her but there’s caution with her too, so watch being too foot-forward at the beginning.


Don’t forget that at the beginning, she’s young and she wants what every other girl wants in a way. I think sometimes you can play her too dark and brooding, but the audience has to really fall in love with her at the beginning of the play. And while you get that opportunity with the music and the text, don’t forget you want to bring out the fun in her.

“Bless the Lord” Soloist in Godspell


For that song, just pray! I think you have to remember the song is not about you, it’s supporting the story, so make sure you’re always doing that and not just riffing your life. Also, really make the family with your company. I think Godspell is a success if you’re all supporting the same vision rather than everyone wanting to do their own thing.

Don't miss Lindsay Mendez in concert at Feinstein's/54 Below on October 27 7 29!