Hot Clip of the Day: Celebrating Nathan Lane On His Birthday When He Was An Addams 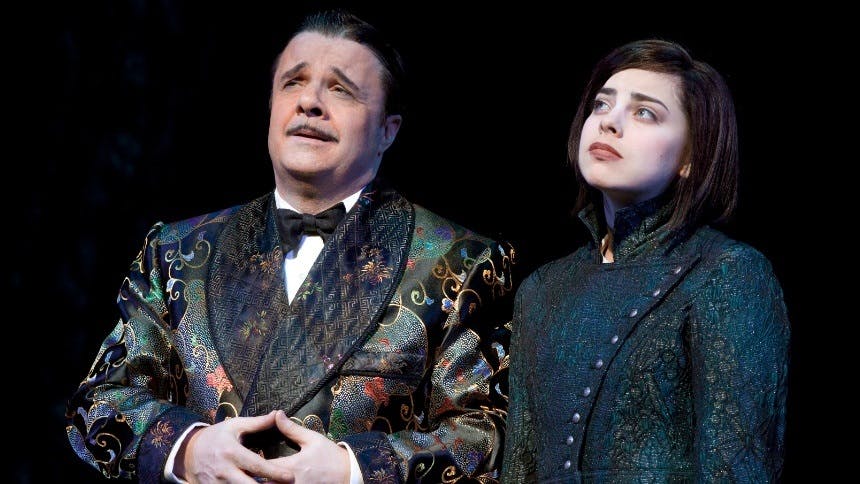 "When You're An Addams" from The Addams Family (Nathan Lane, Bebe Neuwirth and Original Broadway Cast)


Ulterior Motives: When you're Nathan Lane, you're a three time Tony Award winner who is Broadway personified. The actor, celebrating a birthday on February 3rd, has created sensational moments in some of Broadway's most celebrated musicals and plays including turns in Guys and Dolls, Love! Valour! Compassion!, ...Forum, The Producers, The Nance and most recently his role as Roy Cohn in the incredible Angels in America Broadway revival. We'll have to cover his extensive film and television credits for a whole other article! His most recent musical on Broadway was none other than The Addams Family jumping into patriarch Gomez Addams' shoes.

Ultimate 🙌 🙌 moment: We love an unexpected dance moment. There is nothing creepy or kooky about this. We have to pick the joyful 2:48 - 2:59 with Sergio Trujillo choreography. "Line Dance!"

Newer
Hot Clip of the Day: From R&H to "Razzle Dazzle" Brandy's Cinderella is Coming To Disney+!
Older
10 Golden Globe Award Winning Musical Adaptations from Broadway to the Big Screen
Sign up for BroadwayBox Discount Alerts