11 Clips of Broadway Baby Nick Jonas Showstopping On All "Levels" 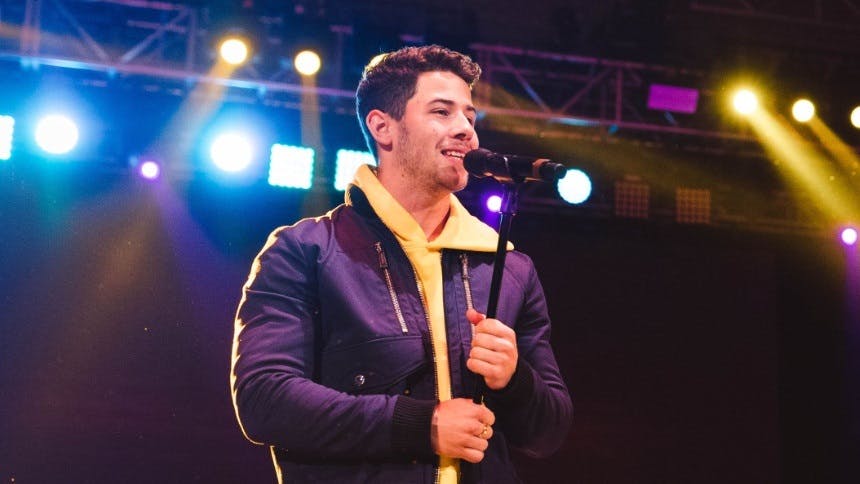 Happiness Begins and so do the Happy Birthday wishes this year for Broadway baby Nick Jonas!

Nick Jonas is a pop star in his own right and with his brothers Kevin and Joe he is one third of the phenomenon known as the Jonas Brothers. For those who may not know, Nick also has had a very extensive theatrical career so far and we love any theatrical moments from him. Audiences enjoyed a fun moment recently! On the Brothers' recent album Happiness Begins, their music video for their track "What A Man Gotta Do" found the guys set in a fun homage to the Grease film!


Over the years, Nick has always found his way back to the stage whether in New York, Hollywood or London. As a Broadway kid, Nick appeared as Gavroche in Les Misérables, Chip in Beauty and the Beast, Kurt in The Sound of Music and Little Jake in the revival of Annie Get Your Gun.

We've gathered 11 videos of the star singing in your favorite musicals and even a Bombshell fave from "Smash." Happy birthday Nick, we hope to see you back on Broadway soon!


"Rosemary" from How to Succeed in Business Without Really Trying


"Bring Him Home" from Les Misérables


"It Takes Two" from Hairspray


"Without Love" from Hairspray


"Someday" from The Hunchback of Notre Dame


"A Little Fall of Rain" from Les Misérables


"One Day More" from Les Misérables