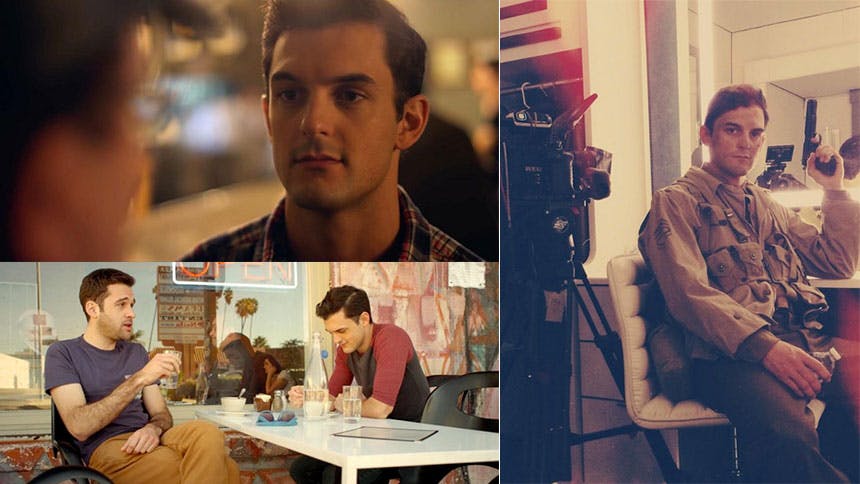 Wesley Taylor has appeared onstage in New York in Rock of Ages, The Addams Family and Little Miss Sunshine; he starred as Michael Tolliver in the musical adaptation of the beloved Tales of the City in San Fran; he was featured on the Broadway-themed TV drama Smash, and he’s taken his clothes off a lot with The Skivvies; but Taylor’s greatest professional achievement to date is the big success of his original webseries It Could Be Worse. Hulu recently jumped on the It Could Be Worse bandwagon, meaning fans can now watch season one in its entirely on the site and catch all new season two episodes every Thursday through August 7. Below, BroadwayBox talks to the multitalented Mr. Taylor about ICBW season two, the many iconic characters he relates to and why he strives to not make Ryan Gosling sad.

1. If you had to Tweet us (140 characters) a reason why It Could Be Worse season two is going to kick ass and blow our minds:
Many new colorful characters are about to humiliate and antagonize poor Jacob Gordon.

2. When did you and Mitchell Jarvis connect? Was there a moment during Rock of Ages where you realized this person is going to be important in my life?
Thinking back six years ago, when we met doing ROA off-bway, no I don't think I ever would have imagined we would be so closely connected all these years later.

I couldn't do any of this without Mitch. He is flooded with ideas on a regular basis and constantly wants to talk about future projects. He is one of those special people who values story-telling above anything else, even being in the spotlight. We bicker a lot, like a married couple. But I think by regularly challenging each other, we create good work.

3. You got to play one of my favorite characters in literature, Tales of the City’s Michael Tolliver; what literary character do you most relate to in your real life?
I got some angsty Holden Caulfield with some dark streaks of Dorian Gray and the drive of Sherlock Holmes. When I was a kid, I wanted to be Huck Finn. F**k it, I'm Lolita.

4. We see a lot of Wes Taylor thanks to your frequent collaboration with The Skivvies. What’s your #1 workout tip for people who want that body?
I love carbs and sugar but if you wanna look good naked...What's that saying? 'Every time you eat bread, Ryan Gosling is sad'?

5. This or That:
• Marilyn or Morticia: Morticia
• Favorite Golden Girl: Bea Arthur
• Ultimate breakup album: Jagged Little Pill or 21? I'm gonna go with Alanis because Jagged Little Pill was one of the first CDs I ever bought. When you're nine years old, break-ups can be brutal.
• New York or LA: Love-hate relationship with both cities, but home is New York.
• Go-to cocktail: Rarely drink cocktails. I feel like these questions were designed for a woman. Is it because I said I'm Lolita?

Now clear your schedule to binge watch Wesley Taylor in all of ‘It Could Be Worse’ season one and the season two premiere, now on Hulu.