Four Insane Voices You Can Hear Live This Week in NYC 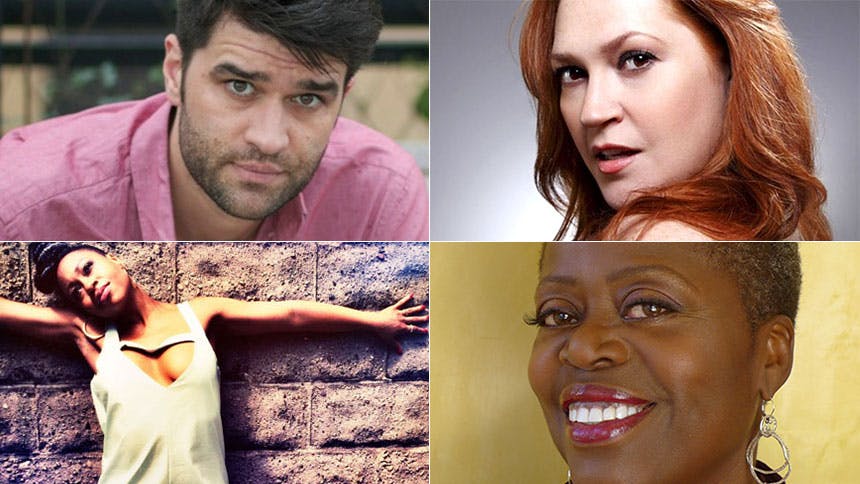 Broadway musicals like Violet, If/Then and The Phantom of the Opera have some really killer singing going on right now, but a few steps away you can hear voices that will make your jaw drop and your arms spring goose bumps. This week, musical theater fans have the opportunity to hear four of those insanely good voices, and it would be a real shame not to hear each one live.

If you’ve enjoyed the cast recordings of 35MM or Big Fish, you’ve listened to Ben Crawford, or maybe you know him from Shrek, but to hear that singular voice live is an experience that’s hard to put into words. After recently watching him steal the show at 54 Below’s Bright Lights, Big City, we can’t wait to see what Crawford will do with his own evening of theatre, pop and rock music.

We’ve been open and honest about our Katie Thompson obsession, and by now you too should be hooked on the voice that just doesn’t quit. So get super excited because Thompson is one of the stars of Encores! Pump Boys and Dinettes revival, and to hear her wail on the song “Be Good or Be Gone” is most definitely worth the price of admission.

Tony winner Lillias White is back at 54 Below with a brand new birthday show all about love. And let us tell you, one thing we love is hearing Lillias White blow the roof off of theatres with those pipes. And since we can’t get our White fix on Broadway (someone write her a show!), we will happily let her take us to church for two nights straight at 54 Below.

Tamika Lawrence is tearing it up as Idina Menzel’s friend and assistant in If/Then but on July 21 this former Rent star is stepping into the spotlight and letting the vocals soar. It’s going to be a set of “rock realness of not-so-typical rock/funk/soul songs, from not-so-typical artists.” She is promising to melt faces and get bodies moving, and we think Ms. Lawrence has just the voice to make good on it.

PS: Her show follows the 54 Below return of some up-and-coming songstress named Patti LuPone.