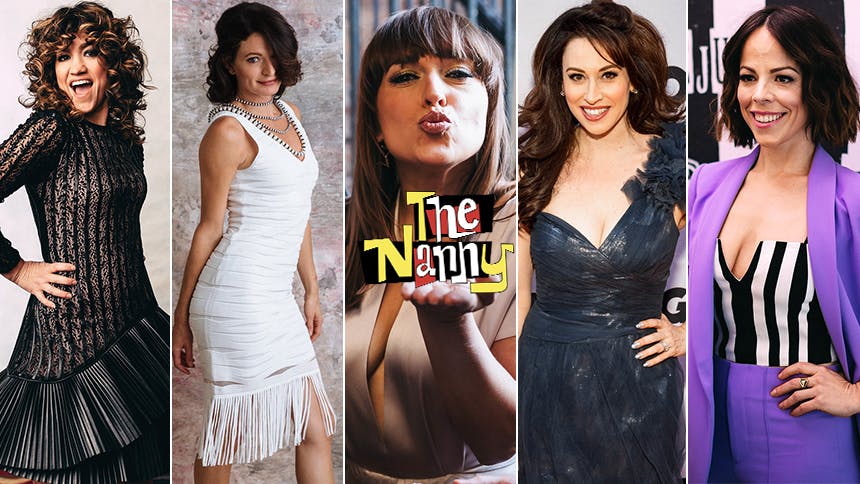 Fran Drescher and Rachel Bloom broke Broadway (and pop culture as a whole) yesterday with the announcement of their upcoming Broadway musical adaptation of the beloved ‘90s sitcom The Nanny! As everyone knows, TV series told the story of Fran Fine, a nice Jewish girl from Flushing Queens who ends up as the nanny to a major Broadway producer and two begin a years-long will they/won’t they relationship. The theme song, written and performed by Tony nominee Ann Hampton Callaway, is iconic and sets up the story perfectly.


Now, fans of Broadway and The Nanny have been wracking our brains thinking who could embody the hair, the voice, and the comedy to bring Fran Fine to the stage. Assuming Rachel Bloom doesn’t play the role herself, here are the ladies leading our Nanny dreamcast. (Also picture them with Tony winner Faith Prince as Sylvia Fine and Jackie Hoffman as Grandma Yetta!)


The former Wicked and If/Then star has an absolutely insane set of pipes, and, more importantly, she is absolutely hilarious! This could be a big breakout moment for Jackie Burns, a star who deserves the spotlight.


Leslie Kritzer is the scream queen of Beetlejuice, but when the musical is exorcised from its theatre, this could be a killer next gig. She’s got vocals that don’t quit and comedic skill you can’t teach. They’d be lucky to have her.


The Olivier Award winner has got the hair and she’s there, let her become the nanny! If there was ever a role tailor-made for Lesli Margherita, it’s Nanny Fine.


Sarah Stiles is hot off her Tony-nominated run in Tootsie, she’s got two TV shows, and it’d be hard to imagine someone funnier. She would definitely bring something new to the character that could excite both musical and TV fans.


Another former Elphaba, Jessica Vosk has an “it” factor that a young Fran Drescher possessed when she first burst onto television. She’d bring an authenticity to it—and major vocal flair.