Six Spring 2020 Shows We’re Crazy Excited to See (And You Should Be Too!) 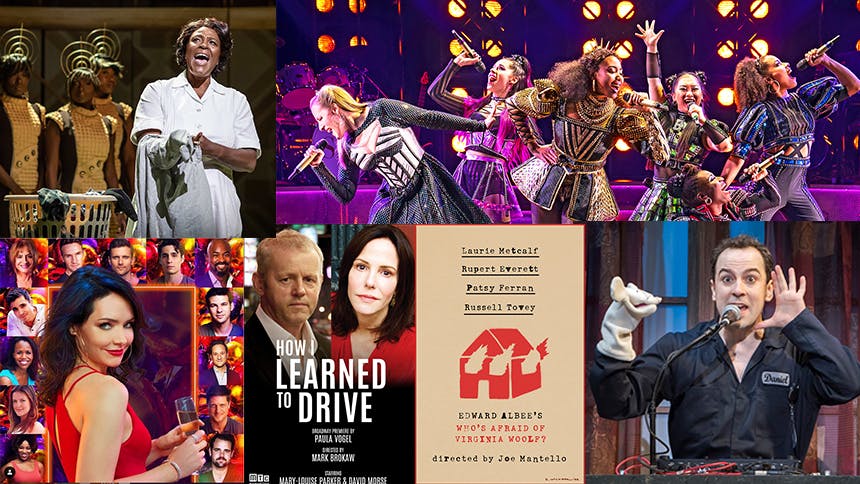 Now that we are officially in 2020, let's talk about the heavy-hitters coming to Broadway. These are six plays and musicals you don't want to miss in new year.


The concert musical about the six wives of King Henry VIII is filled with bops—it’s the score to beat for Best Score at this year’s Tony Awards. Each wife comes forward to tell her story in the style of a different female pop icon, and it’s going to have Broadway dancing in the aisles. Previews begin February 13 at the Brooks Atkinson Theatre.


Stephen Sondheim and George Furth’s genius musical about a 35-year-old bachelor living in NYC gets a new twist from Tony and Olivier-winning director Marianne Elliott with Bobby becoming Bobbie, and Tony winner Katrina Lenk starring as Company’s first female headliner. Aside from the gender flip, this Olivier-winning revival has a featured cast that would make any theatre nerd plotz. This is going to be event theatre at its best. Previews begin March 2 at the Jacobs Theatre.


Another exciting revival and the third UK transfer on this list is Roundabout Theatre Company’s new production of Tony Kushner and Jeanine Tesori’s Caroline, or Change. The revival stars newly minted Olivier winner Sharon D Clarke as Caroline, and we can’t wait to experience her “Lot’s Wife” live. Previews begin March 13 at Studio 54.

How I Learned to Drive


Only Tony nominee Rob McClure has the ability to take on Daniel Hillard and Mrs. Doubtfire in the musical adaptation of the beloved Robin Williams film of the same name. The team behind this musical are all working on the top of their game, and the featured cast is full of aces. This is going to be the big, bright musical comedy of the spring season, and you don’t want to miss it, poppets. Previews begin March 9 at the Sondheim Theatre.

Sign up here for discount alerts to these and other spring 2019 shows.

Company
Discount up to $50

Mrs. Doubtfire
Discount up to 25%

How I Learned to Drive
Best Priced Tickets