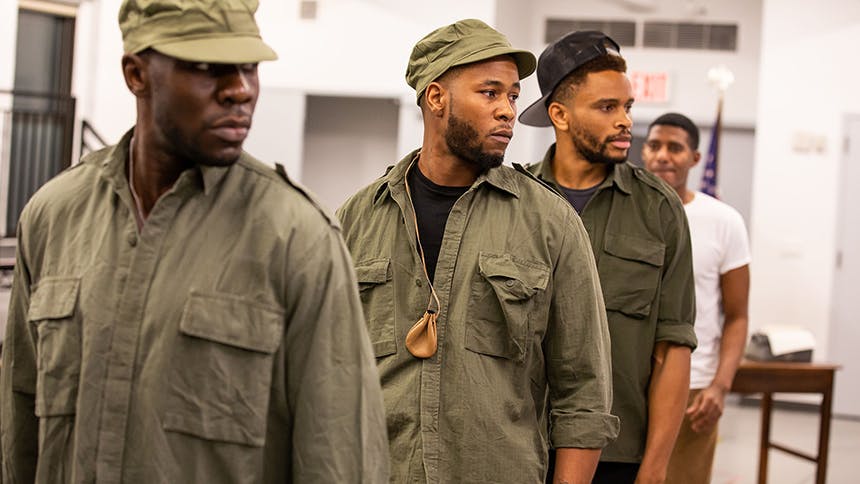 Charles Fuller's 1981 Pulitzer-winning thriller A Soldier's Play makes its long-awaited and highly-anticipated Broadway debut in a new Roundabout Theatre Company production directed by Tony Award winner Kenny Leon and starring David Alan Grier, Blair Underwood, & Jerry O'Connell. The drama centers around the murder of a black soldier on a Louisiana Army Base in 1944, and the audience plays detective and jury as the mystery unfolds before them. Check out the videos below to learn a bit more about this explosive Broadway revival.

Don't miss this limited run of A Soldier's Play at Broadway's American Airlines Theatre through March 15.